Blinded by the Light: A Transfiguration New Stole Sunday 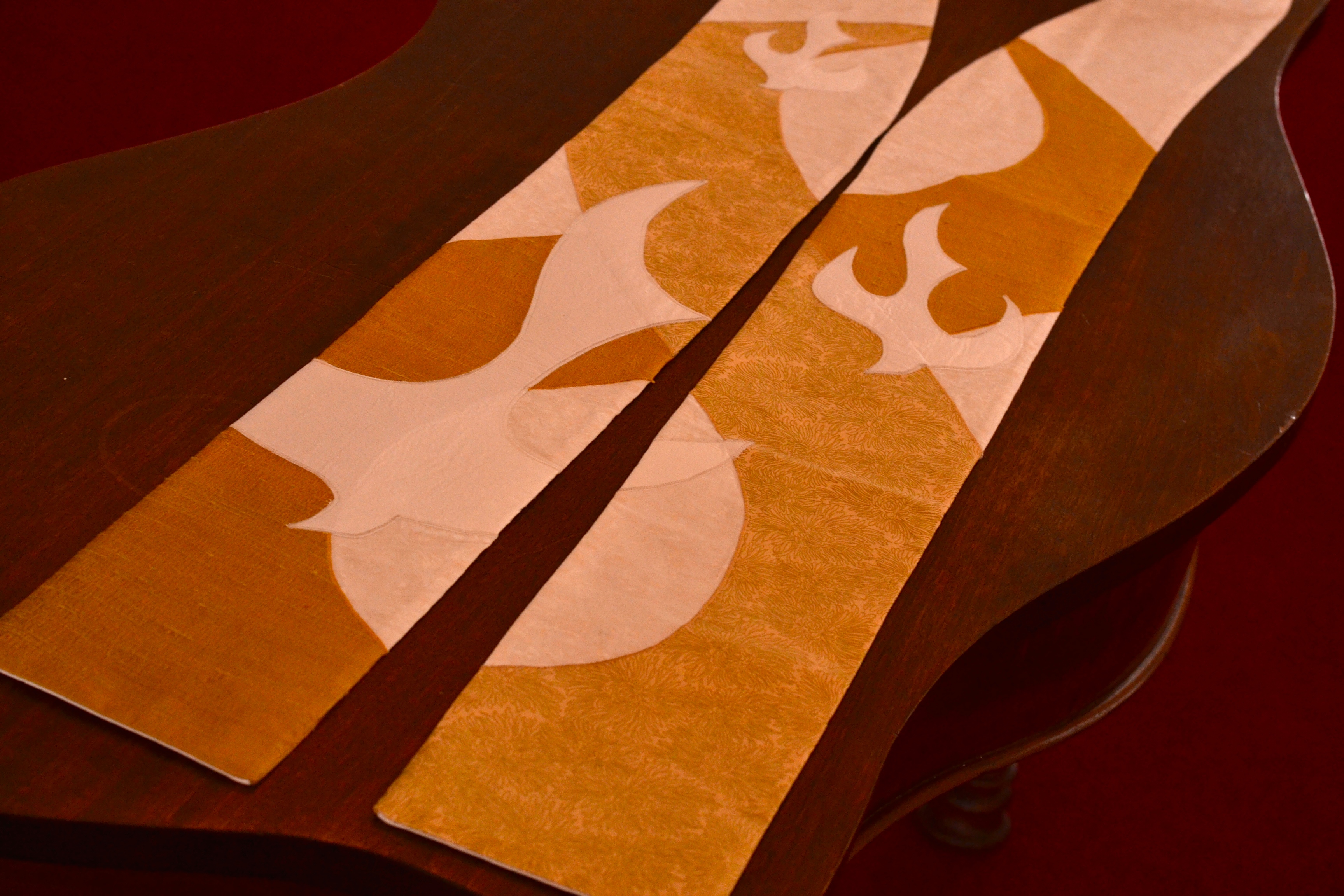 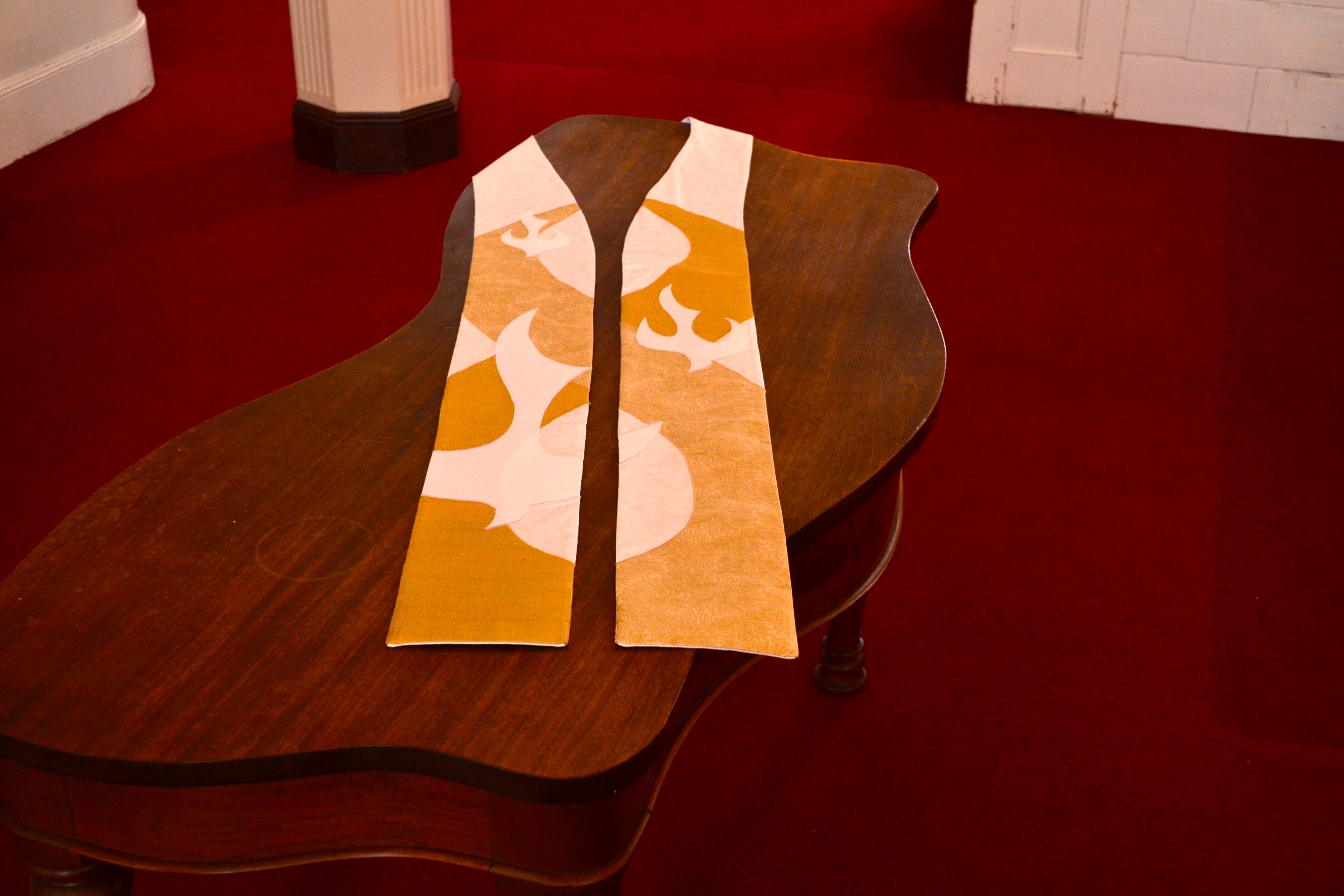 It’s no secret that I have a  penchant for stoles. In fact, two Christmases ago, my dear G. cataloged them.  That’s right. I have a catalog of my stoles.

Last September, Greg gave me this beauty–a lovely addition to my collection, don’t you think? 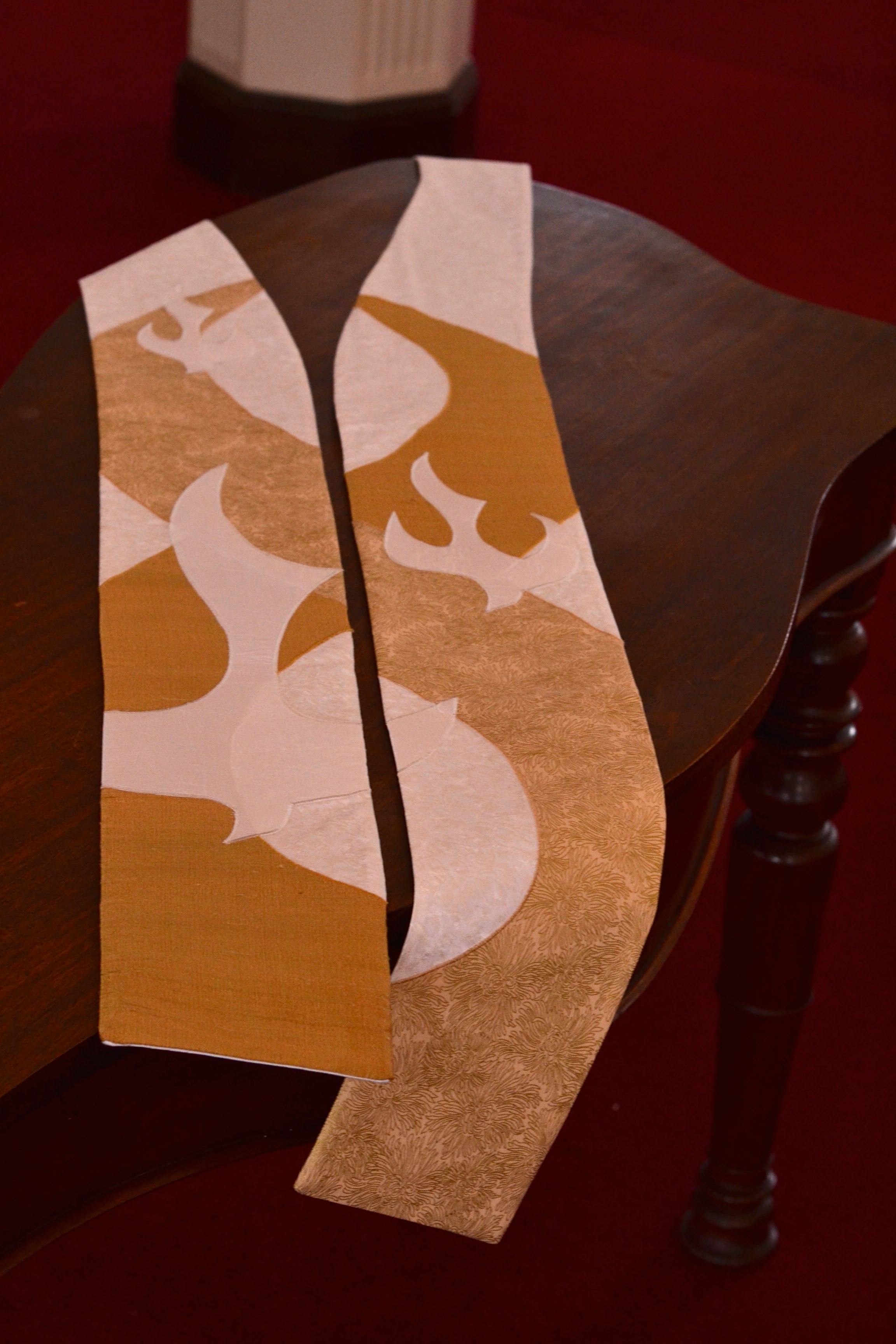 This one doesn’t get out often; I like to save it for special days. But it did make an appearance the last Sunday in celebration of the Transfiguration.  Need a refresher on that story? Here it is:

Six days later, Jesus took with him Peter and James and his brother John and led them up a high mountain, by themselves. And he was transfigured before them, and his face shone like the sun, and his clothes became dazzling white. Suddenly there appeared to them Moses and Elijah, talking with him. Then Peter said to Jesus, ‘Lord, it is good for us to be here; if you wish, I will make three dwellings here, one for you, one for Moses, and one for Elijah.’ While he was still speaking, suddenly a bright cloud overshadowed them, and from the cloud a voice said, ‘This is my Son, the Beloved; with him I am well pleased; listen to him!’ When the disciples heard this, they fell to the ground and were overcome by fear. But Jesus came and touched them, saying, ‘Get up and do not be afraid.’ And when they looked up, they saw no one except Jesus himself alone.

As they were coming down the mountain, Jesus ordered them, ‘Tell no one about the vision until after the Son of Man has been raised from the dead.’ And the disciples asked him, ‘Why, then, do the scribes say that Elijah must come first?’ He replied, ‘Elijah is indeed coming and will restore all things; but I tell you that Elijah has already come, and they did not recognize him, but they did to him whatever they pleased. So also the Son of Man is about to suffer at their hands.’ Then the disciples understood that he was speaking to them about John the Baptist. (Mt. 17)

I suspect it’ll make another appearance at, you know, Easter, and probably the Ascension. Who knows? Maybe even more than that!  But for now, it’s safely hanging in my vestment closet waiting for Lent to come and go. 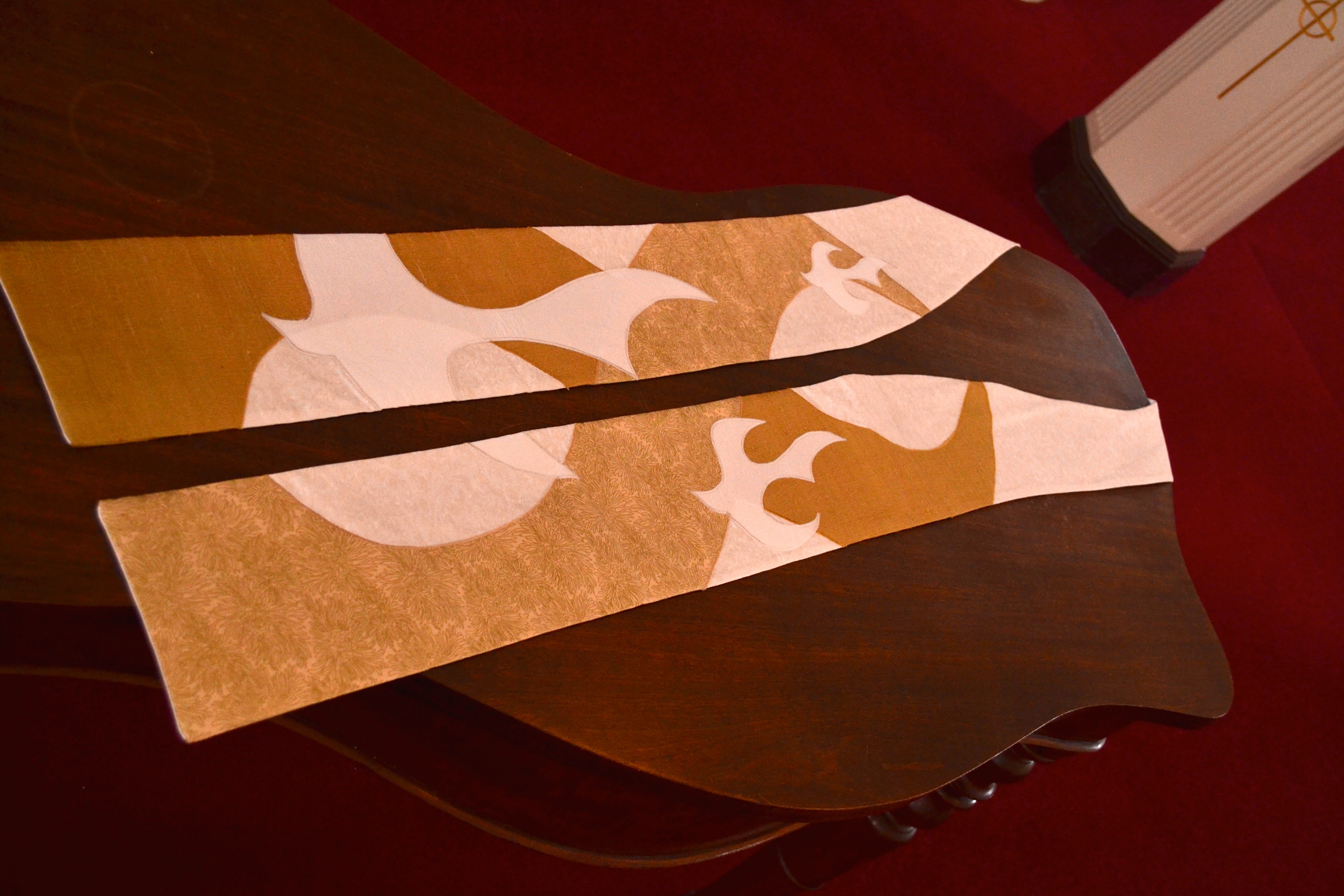