From one Rev. to Another: A Letter to My Husband on the Day He was Ordained 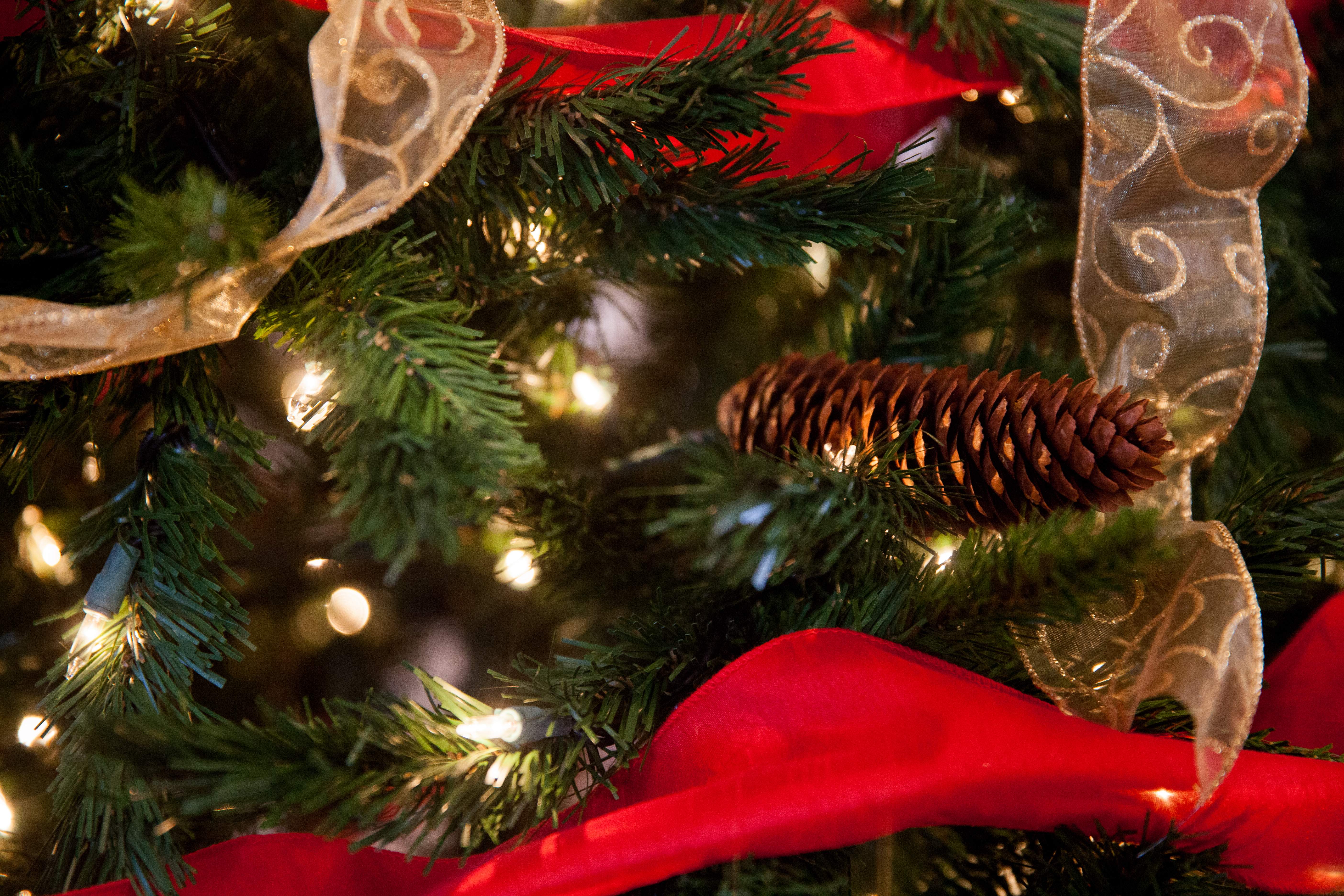 Holy Hannah, Greg! YOU MADE IT! YOU’RE ORDAINED!

It’s been a long road, hasn’t it? You’ve studied your tail off. You’ve written papers upon papers and gone to sessions reflecting on your spiritual development. When we first met, you were dedicated to the United Methodist Church–a denomination, it turns out, that wasn’t nearly as dedicated to you as you were to it. You served in nearly every lay capacity there was, clearly figuring out just what it meant to be called in a tradition that said you were “of sacred worth” but not good enough to love God’s people as ordained clergy.

Five years ago, you had such hope in the UMC. You thought they could change. When you moved to Connecticut to be with me, you moved your membership to the New England Annual Conference of the United Methodist Church–a conference that said it would ordain LGBT folks. But it became clear, at least in the district we are in, that wasn’t going to happen. And so the questions that had long been lingering in the back of your mind came rushing to the front: What if the UMC isn’t the place for me? What if my call to serve God’s people is bigger than my call to change the church?

And so we started talking about what it would mean for you to leave the UMC and become a member of the United Church of Christ. Later that summer, at a church potluck, you joined Westfield and the UCC. And you experienced for the first time what it was like to be part of a church who doesn’t want you in bits and pieces but the whole of you. You started the ordination process in an association that had to figure out just what to do with your decade and half of ministry experience, 4-working-on-5-degrees, and ever-deepening commitment to the Church Universal. They were gracious and generous, and, in what seems like the blink of an eye, I’m sitting at my computer mere hours after your ordination marveling at what you’ve done–at what God has done. 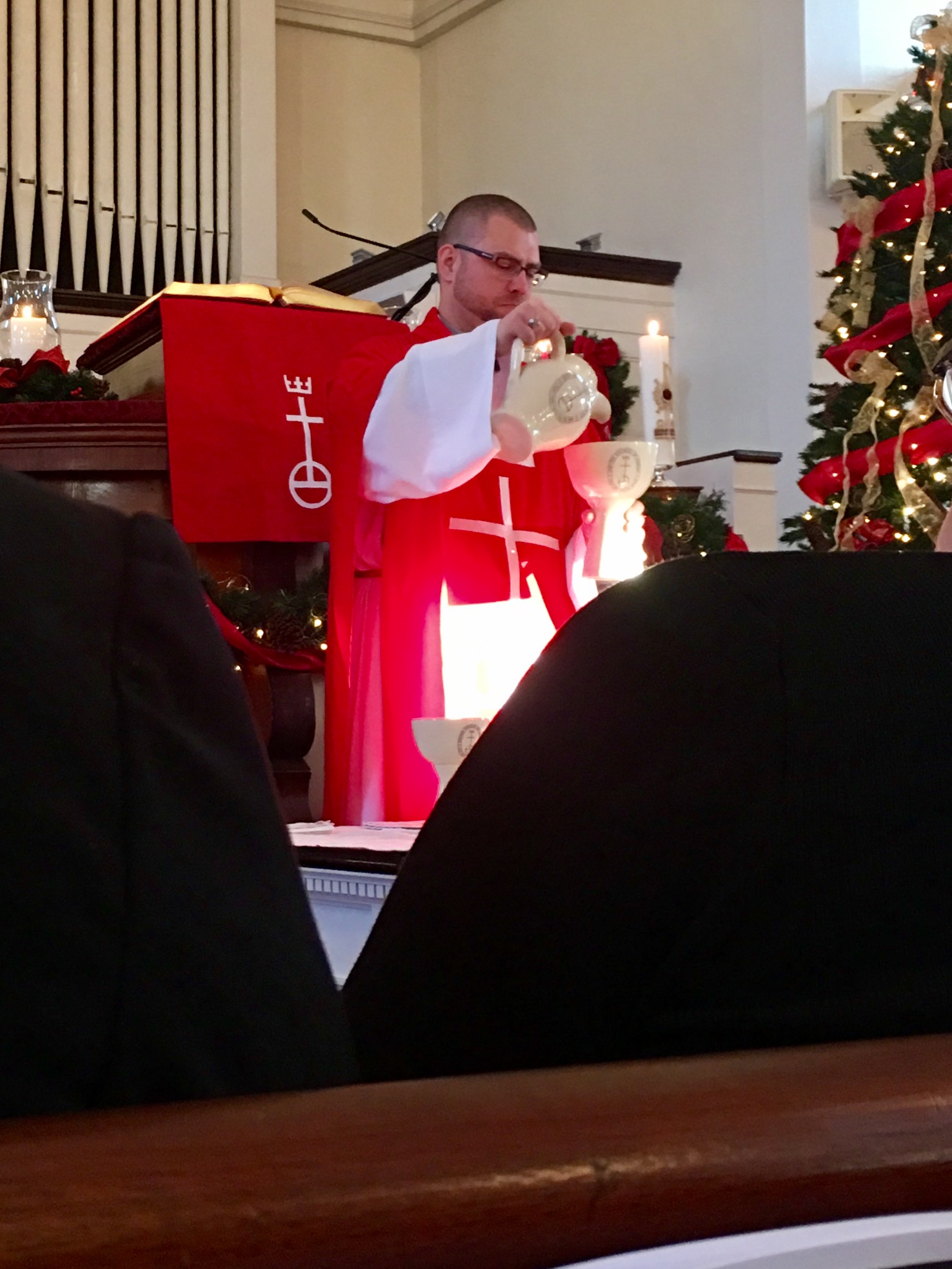 During the service, two formative ministers in this journey gave you advice. Both have shown you what it means to courageously and hopefully jump into this holy, hard work. The reminded you of all sorts of essentials. But we get too caught up in the endless Advent and Christmas to-do lists, I want to add my two cents.

(1) Don’t forget to sing.  Here’s the thing no minister wants to admit to: ministry is soul-sucking. It’s amazing and inspiring and challenging and hopeful. And it will suck your soul dry, if you let it. How many times have you listened to me lamenting one thing or another about the church? How many times have we stopped over a meal, realizing that we were doing it again–that we were bringing church work with us EVERYWHERE? When it gets to be too much, stop what you’re doing, head to the nearest piano and sing. Music has always been a part of your life; mine, too. And when church gossip and he-said, she-saids, and the general ridiculousness of people get to be too much–go sing a song that reminds you why you’re doing it at all. Sing of the sweetest name you know, sing of God touched you, of how life is worth living just because he lives. And if one song isn’t enough, sing another. And another. There’s a holy mystery that awakens in us when we sing–it’s the power of sung belief. Hold fast to it.

(2) Don’t mistake the local church for Jesus. Maybe this is more for me than for you. But I want to be liked. I want people to like what I do. And so often, I find myself bowing at the altar of likability. I find myself sacrificing principle or avoiding conflict to be liked. That’s because for me, sometimes, my need to be liked, to be affirmed, becomes an idol that replaces Jesus. I’m working on that. You should too.

(3) Don’t mistake yourself for Jesus. Jesus is the savior. Not you. This should be a great relief.

(4) Remember the church existed for millennia before you came along. It’ll be there after you’re gone. When it came time for me to leave my first pastoral position at a church in Georgia and move into a solo call, I was flooded with guilt. There were so many programs that were dependent on me. I didn’t want to let people down (There’s that pesky likability idol again!). I was afraid of what would happen  (or wouldn’t happen) if I left. I called the minister who buried my Mama, and she said, “Jon, the church was there for thousands of years before you. And I know you don’t want to hear it, but it’ll be just fine without you.”  She was right. Again, this should be a great relief.

(5) People are jerks. Be ready. Folks have got baggage and as a pastor, they’re going to expect you to carry it. In seminary, a professor of mine said people project the movies of their lives on the white screen of your clerical collar.  He wasn’t kidding. Whenever someone is angry or pissy with me and I can feel a quick barb about to shoot out of my mouth, I try to ask myself what’s really happening. And nearly always, it isn’t about me. The truth is we’re broken people–and sometimes that brokenness is jerky.

(6) Don’t be a jerk. Hey, you’re broken, too. And so, when you want to jump down the throat of that one person who just will not give you a break, try to be kind. And when you fail at that (Broken, remember), be quick to say you’re sorry and own it. People will respect you for it.

(7) Love God. Love people. Everything else, it turns out, is details. 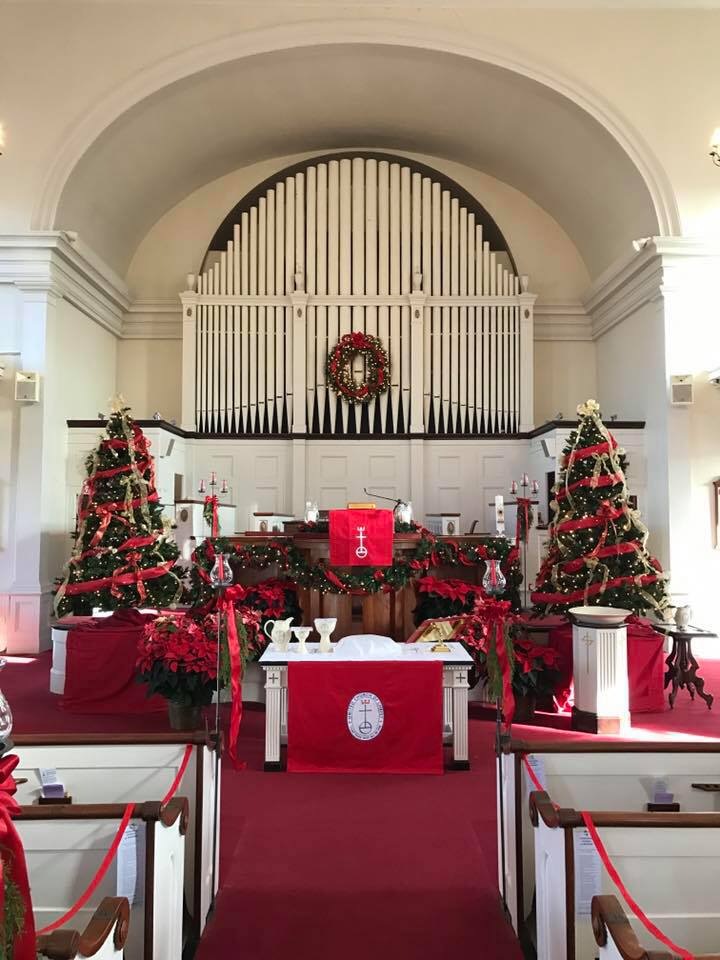 December at Westfield is a special time for us. We were married there in December. And now you’ve been ordained there during the earliest Winter month. It’s fitting, really, for you to be ordained during Advent as we look toward Christmas. Sure, the decorations are nice. But it’s more than that, isn’t it? The last decade hasn’t been easy. It’s been ten long years of preparing for something great. It’s been a decade of feeling that something special was coming, but not knowing exactly what that’d look like. But then, Christmas is a holiday with a surprise at its heart–that Jesus, the Messiah, didn’t come as a trimphant king but as a vulnerable child. And so, of course, you’d be ordained not in your native South, but a foreign North. Of course, the people we learned were cold and hard growing up are among the warmest and kindest we’ve ever known. And of course, it wasn’t the UMC, but the UCC that suprised you by trumpeting “YES!” to your call after years of others shouting, “NO!.” 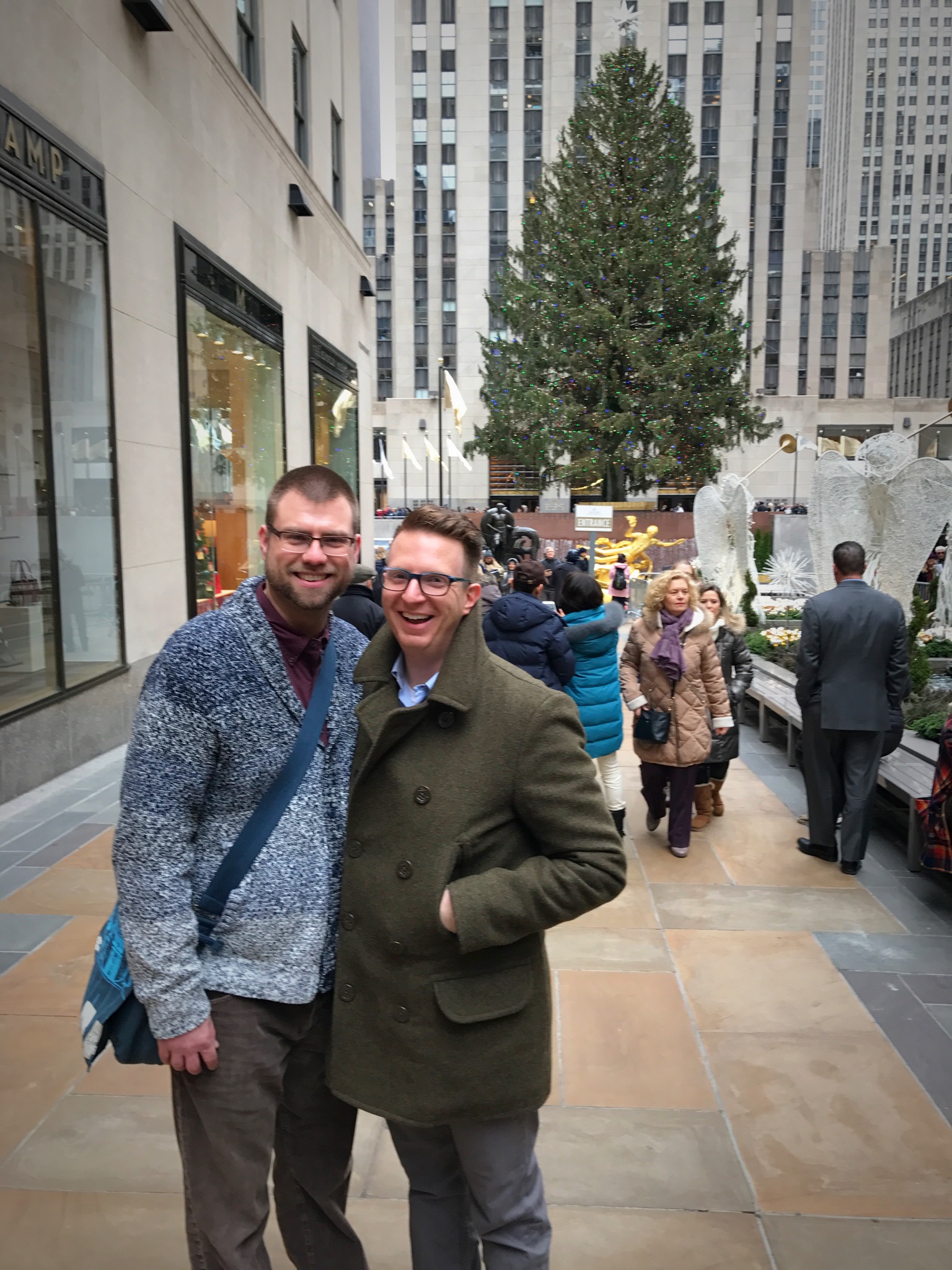 Five years ago, when we first met, we didn’t know Westfield even existed. And you know something? That gives me such hope. It gives me hope because that means there is more out there yet to be discovered. And I’m so excited to uncover it with you.

Greg, from they day I met you, I knew that you were called to this hard, holy, impossible, essential work. I’m proud to be on your team. I’m proud to call you my husband.

And today, I’m proud to call you Reverend.