What I Learned Sitting on a Steeple 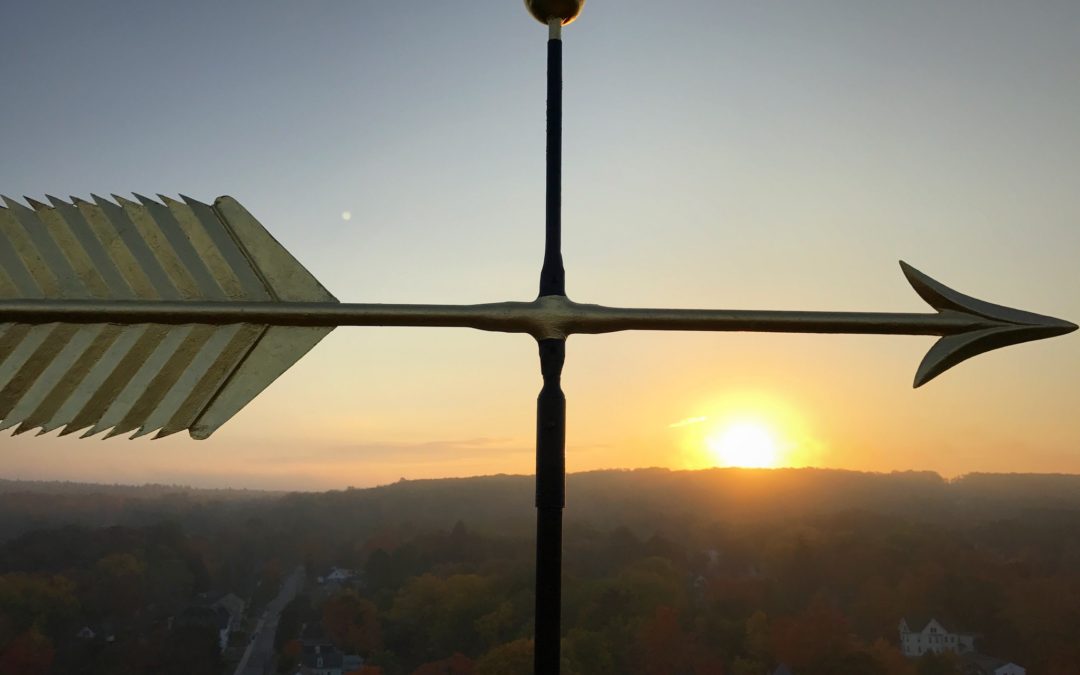 So this post got a little longer than I meant for it to, so I broke it down into two sections: Here’s What Happened and Here’s What I Learned. Feel free to read one or the other or both!

I had climbed the scaffolding that hugs Westfield’s iconic steeple a dozen or times before, but climbing it during the early hours of October 19th I discovered my legs had turned to the same Jell-O that they were the very first time I scaled our tower. Unlike those other trips, so much depended on this one. As I climbed, I looked down to wave. I forced a smile then looked up at the next set of stairs and kept going. “Here goes nothing,” I thought to myself.

I wasn’t until I made it to the bell level, that I looked out across the horizon, and there, just over the ridge that’s the border between Connecticut and Rhode Island, I saw the sun peaking over the tops of the orange, red, and golden trees in the distance. I hauled it (cautiously!) up the next 4 flights of steps and made it to the very top of the spire just in time to see the sun make its way over the ridge. 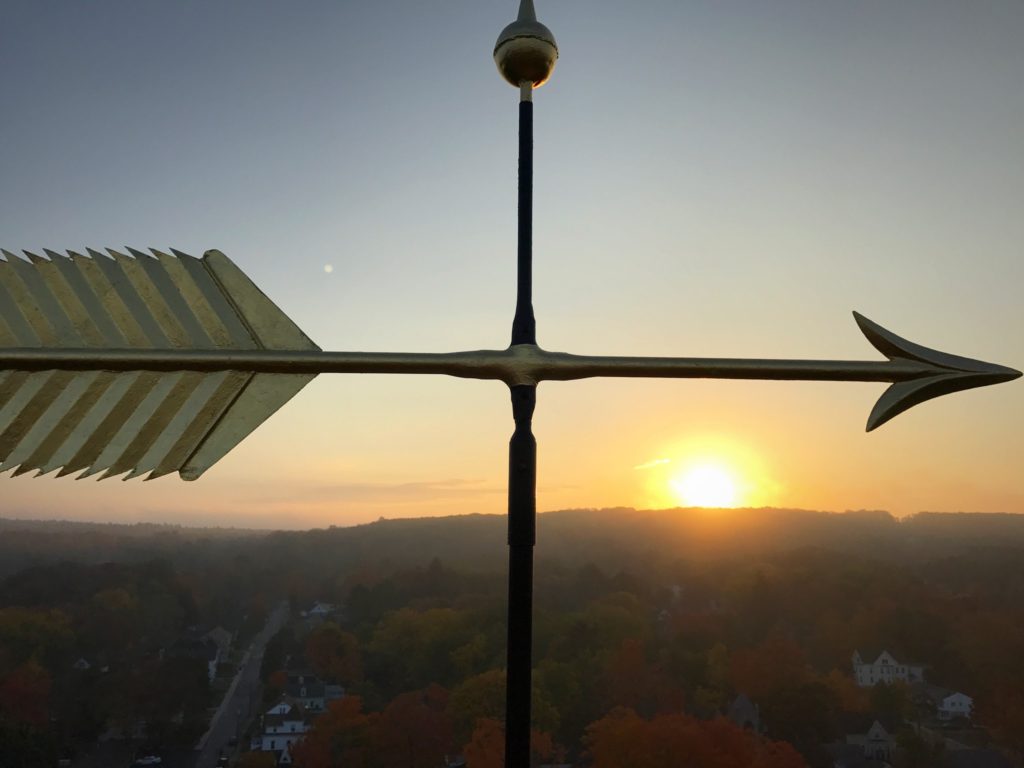 I caught my breath for a quick second and logged onto Facebook to record my first Facebook Live of the day. Facebook Live allows you to broadcast live from wherever you are. Other users can watch you in a realtime. It’s become a great asset to our efforts and provided unprecedented access to our restoration efforts that would normally be off-limits.

While I was up on the scaffolding, there was a flurry of activity happening on the street level. We started setting up at 6am. Gary-O, from WINY 1350 AM, tapped into our phone lines (hence why you couldn’t call the church’s main number to make a donation!) while church members lugged out tables to create displays featuring our congregation’s history and the construction materials being used in the restoration. We handed out clipboards to our curbside attendants who, for ten hours straight, walked up to cars that had pulled over to offer a donation. 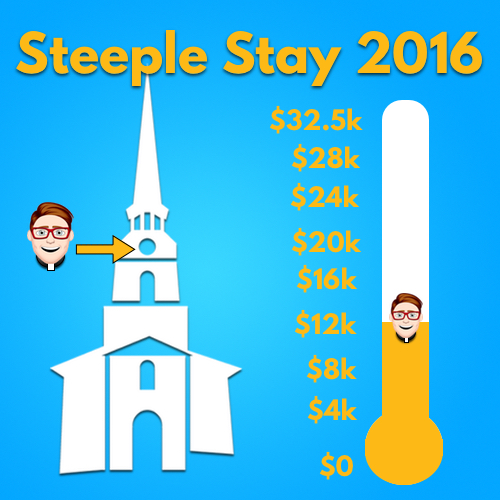 During the week leading up the event, I made a series of graphics to mark our progress during Steeple Stay 2016. As money went up, Pastor Jon went down (at least, that was the idea). I won’t lie to you: I couldn’t keep up. I made it to my perch about 2/3 of the way up the steeple, and texted the ground for total donations. Within 40 minutes of beginning the day, we had raised $4,000. By 9am, we had already raised more than $12,000. The day before, we revealed that an anonymous donor had offered to match all gifts made between 7am and 10 am dollar for dollar up to $10,000. Who would’ve ever thought we’d blow past that goal in under two hours? Luckily, they extended it, adding an additional $7,000. We hit that LESS THAN AN HOUR LATER. No kidding!

I called down to the donations table. “What do you think we should do?” I asked, genuinely flummoxed. We were well aware that we’d have a hard time ever replicating this level of public interest in our efforts. After a brief conversation, it was clear there was only one way forward: keep going. So we did. And so did the community. We inched closer and closer to fifty thousand dollars.

I’ll confess that it was along in here that I stopped making regular Facebook posts about our progress. Several people actually commented, wondering what the total was. This was a totally selfish move on my part. I was afraid that if people knew how close we actually were to the new goal of $50,000 in a day, that they’d think, “eh, they’ve got enough.” Which is (and isn’t) true. It is true that we raised waaaaay more than we were hoping for. It is also true that we have waaaaay more to raise to finish up this Phase of construction. Any help we could get is help that we needed. Around lunchtime, I posted this update:

From there, we decided to see where the afternoon took us. And where it took us was further than any of ever imagined. We spent the afternoon making pitches on the radio and hoping for the best. And soon, it became clear that we weren’t just going to hit our new goal, we were going to exceed it. Once we knew it was a sure thing, I climbed to the top with four confetti canon in hand. Our ground volunteers counted down, and I shot them off from the very top of our steeple–one after another. The wind took the streamers up and away–toward God in an act of gratitude.

I made my way down, and walked out of the front doors. And we cheered. And hugged. And were all a little stunned that it had happened at all, that it worked. 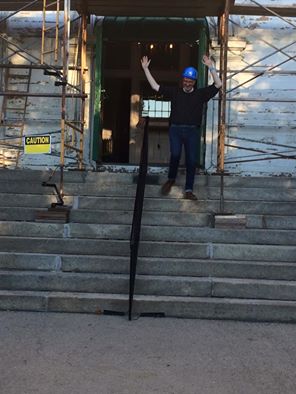 Here’s What I Learned:
.

When the dust settled and I had finally made it home after one of the longer days of my ministry, I texted my secretary. “Remember that time we raised more than $54k in a day?” I wrote. “That was pretty cool.”

I stand by that statement.