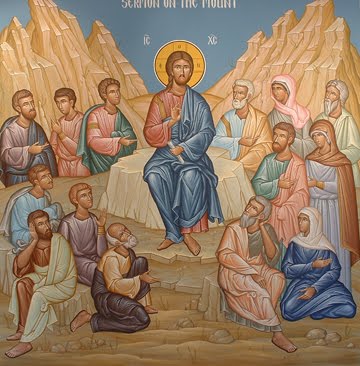 Before we jump too far into this conversation about life being unfair, I think it’d be good for us to have a common understand what exactly “fair” is.

And in our gospel lesson today, that little piece of insight, “Life isn’t fair,” is where Jesus starts. You could say that being fair is about playing by the rules.  That kind of “fair” is in opposition to “cheating.”  There’s also the “fair” we talk about when we mean “just.”  That was a fair decision. We could also say, “that was a just decision—one that was fair to all parties involved.”  But really, when we talk about being fair or fairness, what we mean, simply put, is that we get what we deserve. When we work hard and study hard and do well in school, then we’ll do well in life.  That’s an example of what we perceive is fair.

And truth-be-told, this notion of fairness isn’t a particularly new one. In fact, it’s in the Bible. Exodus 21: 23-25 tells us: “If any harm follows, then you shall give life for life, eye for eye, tooth for tooth, hand for hand, foot for foot, burn for burn, would for wound, stipe for stripe.” That’s our notion of fairness, of, in a way, equality.

But you and I both know, Life isn’t fair. And that’s one of the points Jesus is making to us in our gospel lesson today. You see, Jesus knows that no matter how fair we would like this world to be, no matter how much that appeals to our perception of justice we long for, that life still won’t be fair.  And so, we will find, according Jesus, a more meaningful life when we stop desperately clinging to fairness and start clinging to something greater.

Jesus has been preaching his sermon on the mount, and he’s in thick of it by the time we get to this part. He’s on a roll, particularly when it comes to his teachings on the law.  Jesus was a good Jew. He knew the laws and the prophets. He also knew when they were being misinterpreted. And so, we hear him say over and over again, “you have heard it said that,” and he quotes some part of the law.” Then he continues, “But I say to you,” and then he offers a new interpretation, a new way to look at it.

And in this particular instance, he reminds us of Exodus. “You have heard that it was said, ‘An eye for an eye and a tooth for a tooth.’ But I say to you, Do not resist an evildoer. But if anyone strikes you on the right cheek, turn the other also; and if anyone wants to sue you and take your coat, give your cloak as well; 41and if anyone forces you to go one mile, go also the second mile. Give to everyone who begs from you, and do not refuse anyone who wants to borrow from you.”

Not only does this offend our sense of fairness, it’s downright counter-cultural. A strike on the right check would have been from the back of one’s right hand. If you turn the other cheek, then your assailant has two options, to strike you with back of his left hand—a hand understood in biblical times to be unclean, or to strike them with your right palm, open handed—a sign of equality. So what Jesus isn’t suggesting is to be passive. But still, there’s a sense that he’s calling us to undermine the powers that be in this world by not playing the same rules.  Life isn’t fair, remember? So we won’t value “fairness” as the world does.

Another way this value of “fairness” is acted upon in our world is our justice system.  At the risk of oversimplifying, we function as a society on retributive justice: someone commits a crime, they are punished for that crime. The extent of the punishment matches the extent of the crime. Now lets be clear, I’m not criticizing our justice system. We live in a broken world and so often the systems we use are broken.

But as Christians, we’re called beyond retributive justice, we’re called beyond eye-for-eye, tooth-for-tooth justice. Jesus says to us, “this is the way you’ve been told to dole out justice, this is the kind of justice that feels good, but I’m calling you beyond vengeance.” Friends, we are all too aware of this world’s brokenness, and all to aware of our contributions to that brokenness.  (Why do you think we confess our sin every week? Because as much as strive to do good, and for all the good we accomplish, we still fall short of God’s plans for us, for this world, and for the coming kingdom.) Simply put, we should rejoice that our justice isn’t God’s justice, that where we see where we see crimes worthy of punishment, God sees children worthy of redemption. Friends, if God was keeping tally, we’d be out of luck.

The greatest commandment calls us to “love God with all of our hearts, minds, and strength.” The second, we’re told, is like it: “love our neighbor as we love ourselves.”  The bold words, and hard one’s to fulfill. They’re hard to fulfill because there are so many things vying for our attention, so many things we’d rather adore or are easier to adore than the One who made us. Not to mention that loving your neighbor is difficult when your neighbor’s a jerk.

We’re lucky, then, that God’s justice isn’t retributive, it’s redemptive.  We call that redemptive justice “grace.” And it’s this “grace” that empowers us to do exactly what Christ calls us to do: to turn the other cheek, to love those who persecute us, to be perfect.  That last one is a whole other sermon.

Friends, life isn’t fair. But in Christ it is filled with grace—the grace to fully be who we are called to be—beloved children of God.