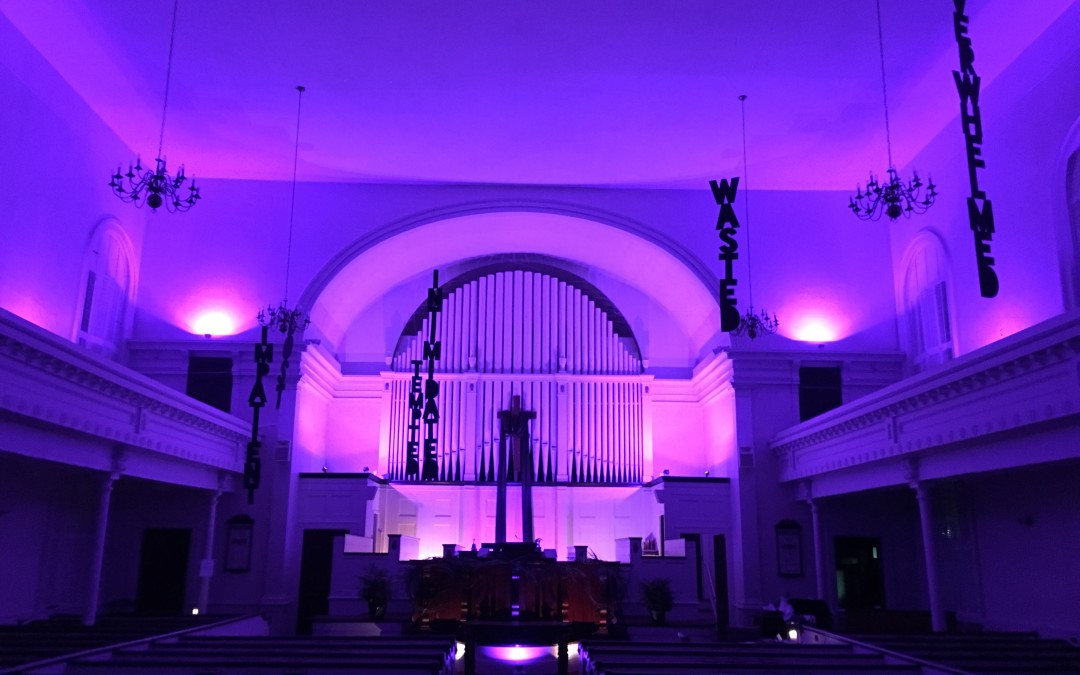 Today, I want to talk about Acts—the book that follows John in our New Testament writings. You could think of Acts at Luke, part 2. It was written by the same guy, Luke, who was an historian who prided himself on his ability to retell events thoroughly. And it’s Luke who, through Acts, gives us a picture of what it was like to be in the early church. It’s the first attempt to offer some insight into a simple question: Now what?

Jesus has died. Jesus rose. Jesus lives again. Now What? What does it mean to believe? Who is this faith for? Where should the faith go next? All of those questions and dozens of others boil down to that simple one: now what?

And it’s in Acts that we witness Peter and Paul wrestling with just that question—now what? And every story we read provides a clearer perspective. It’s like the lens is being twisted and the image slowly comes into focus.

One of the ways the answer to that question is revealed, bit by bit, is by encounters and visions. In the time of Peter and Paul, visions weren’t delusions as we tend to think of them. They were seen as prophetic. I suspect the people who encountered visions thought of them the same way we might: wild and unruly, uncertain and uneasy. Yet, we allow those notions—wild and unruly and uncertain and uneasy to be markers of danger we assume is insanity. In ancient days, visions weren’t insane—they were revelatory.

At the beginning of our reading today, Paul has a vision of a Macedonian man pleading with him. “Come over to Macedonia and help us.” So, they did. Paul and crew left the place they were staying and headed to Macedonia, the northern of Greece’s two provinces, to Philippi, which was the leading city of that province and a colony for retired Roman generals.

And when Paul and friends arrived in Phillipi, they are sure of two things. (1) God told them to go to Phillipi and (2) They have no idea what to do next. So they do what is their custom which is to say that when the sabbath day comes around, they go to worship. But they’re not quite sure where to go. Turns out there aren’t a whole lot of Jews hanging out in Phillipi. So they head down to a place down beside the river where they figure others who are praying might be gathered. And it’s there that they encounter some women. And among them was Lydia.

Now Lydia was a businesswoman. The scriptures tell us she was a seller of purple cloth, which means she was accustomed to dealing with the upper crust of society—the folks affluent enough to wear such an expansive and well-regarded color. She was head of her own household, a rarity in the male-dominated Roman empire.

And, the scriptures also tell us, she was a “worshipper of God.” It’s an interesting detail. Lydia wasn’t a Jew, yet here she was in what’s now Modern-day Greece, then the Roman Empire (which is markedly NOT the Holy Land) worshipping the Jewish God, not the pantheon of Roman gods that were integral to Roman society. All of this to say, Lydia is an outlier—a business woman who’s the head of her own household eschewing the religious standards of the day.

And this is the woman who becomes the first European convert to Christianity.

We don’t know much about her conversion. The scriptures only tell us that “The Lord opened her heart to listen eagerly to what was said by Paul.”

The answer to the question—what’s next?—turns out to be this: evangelism. Now, that’s not a word we’re particularly comfortable with, is it? We hear “evangelism” and think about all the ways our faith has been used to manipulate and abuse those who think or believe differently from us. New Englanders pride themselves on their stubbornness, don’t they? We don’t like people telling us what to think, so we’re not going to tell others what to think.

But I think that understanding is too simplistic. While we’ve allowed the notion of evangelism to be co-opted by those willing to beat others into to belief with their Bibles, the greek root of evangelism means simply, “Good News.” And despite how you might perceive it, evangelism has been the essential and fundamental “what now?” of the Church’s history.

But here’s the thing: evangelism isn’t something we do alone. Did you notice how Lydia was converted? Paul was talking to her, giving her the company schpiel. And I’m sure it was entertaining and engaging —Paul was known for the rhetorical skills. But it was God, the scriptures tell us, who opened her heart to listen early to what was being said to her.

It’s a like a chemical reaction. Did you make volcanos in grade school? I feel like it’s a quintessential elementary school project. You make this volcano out of clay or paper mache then you make it erupt. And you can’t use any one substance to make that happen. It takes two—baking soda and vinegar. You could poor as much baking soda into your volcano as you want, but nothing will happen without that vinegar.

The way we share our faith is similar—we can tell people about our faith, our experience of God, all we want. But it’s God who opens their hearts. And the inverse is also true: God can open their hearts, but it’s up to make them fizz with the Good News—which, for the record, doesn’t have to be said this way: Have you given you’re life to Jesus? Are you saved? Because I am, and it’s great! I mean, if that’s how you want to go about it, fine. But there is as much good news in one of you saying to a friend, “you know, I’ve found a place I belong —and what a gift its been to me.”

When I’m flying, my seat mates will often ask what I do. Now this is dangerous territory. If I tell them I’m a pastor, there are two possible outcomes: the first is they won’t talk to me anymore because I’m one of those Jesus-y types. That’s the best outcome. The other is that I’ll hear about every challenge they’re facing. Basically, I end up in an hours long pastoral care session inside a metal tube hurtling 600 miles per hour 35,000 feet in the air.

Someone will say, “Oh, what is it you do?” And I would pause for a second. “Well, I’m in marketing and sales for a local non-profit. I’m a counselor. I run a business.” All of which is true, and none of which is entirely accurate.

This week, I’m going to give you a challenge. Instead of giving into your New-Englander-I’m-Not-Going-to-talk-about-religion sensibilities, I want you to mention what it is you get from your faith, from this church, from God in your life to someone you aren’t related to. Now, that might seem like a tall order, but it’s really not. I’m not saying go up to someone looking at tomatoes at Stop & Shop and get into a debate about scriptures. But I am asking you to find a way to relate the way God is working your life to someone else.

Have you had this experience? You’re talking with a friend about plans for Saturday.

Friend: Wanna grab dinner?
You: I’m headed over to Westfield. They have these GREAT third Saturday suppers which are suppers every third Saturday.
Friend: I’ve been thinking I want to get back to church.
You: You should come with me sometime. I really like the people and that Pastor Jon..well…he’s just great.
Friend: Slright! I’m in.

There. See how easy that is?