Last year around this time, I wrote you a letter. It was my first May in Connecticut, and  I was feeling sorry for myself.  I missed home and the people at home.

And, of course, I missed you–that part hasn’t changed.  Just last week I was moving to a new house (more on that in a second) and, after rummaging through and cleaning out a random drawer, I found a small tub of your favorite (and, in retrospect, very awkwardly named) Merle Norman Super-Lube.  I don’t use it, but I keep it because it reminds me of you.  You always had it in your purse and would pull it out in a parking lot or doctor’s office and rub some on your cuticles.  I unscrewed the lid and it smelled like it always did, and for a moment–just one–you were there. I added it to the “keep” pile and kept rummaging. 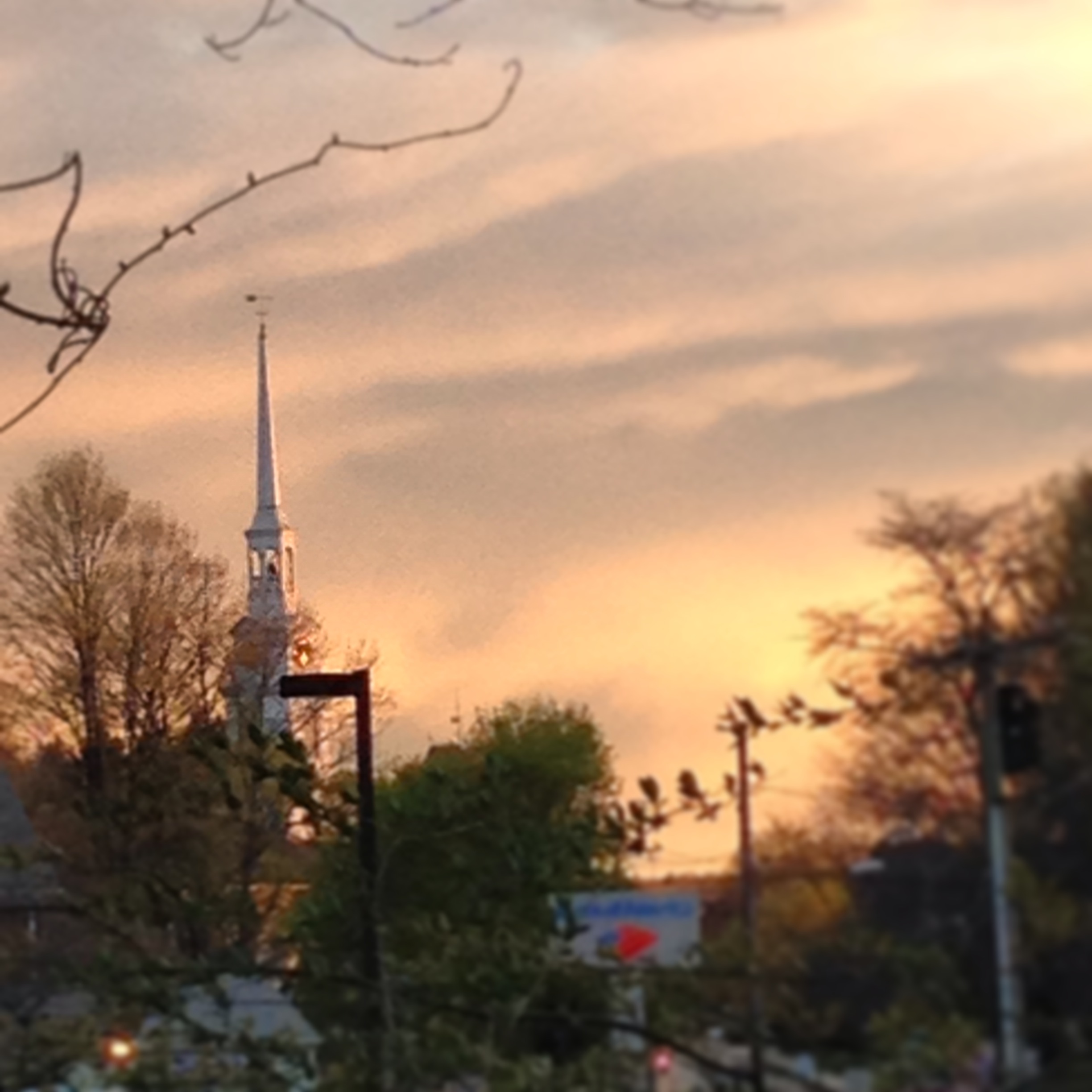 I mentioned I moved last week. I moved to a charming older house on Main Street in Danielson, the borough of Killingly where my church (Westfield, you remember?) has stood for the better part of two centuries. Not only can I walk to work, but I can hear the bell perched high in our steeple chime the hour. It’s lovely.

I moved because my dear Greg is moving up here in July, and we needed some more space.  I’m writing to you now from Georgia. I arrived yesterday to celebrate Greg’s graduation from Candler. This fall, he’ll be starting a second master’s degree at Boston University. I couldn’t be prouder.

I thought 2013 was going to be my biggest year of change, but apparently God’s got some other plans.  2014 is shaping up to be a banner year and I’m not convinced that things will slow down in 2015.  The twelve months that have passed since I last wrote have included their fair share of exciting moments. I was selected to be part of the United Church of Christ’s NGLI (Next Generation Leadership Initiative) which takes young UCC clergy from around the nation and provides them with a solid decade of training, support (financial and educational), and friendship.

Things at Westfield are going swimmingly. We’re growing, and there’s a palpable energy in the place–something good is happening. In October, we began a capital campaign process that will hopefully allow us to complete some much needed repair work to our historic structure, preserve the interior, and make our grand, old church accessible to everyone by installing an elevator.

During seminary (with gratitude to Weight Watchers Online), I dropped 30 or so of those pounds. But then, you know, you died–and once again I found myself rediscovering that ranch dressing tastes delicious on EVERYTHING and that dousing EVERYTHING with it made me feel better. I didn’t gain it all back, but I didn’t keep losing weight.

Well, this September I decided to do something about it once and for all.  Here’s where I started at about 240 lbs.

Why did I finally decide to really focus on getting healthy? One reason is that I felt myself falling into a pattern I’ve witnessed in so many lives, including your own–gain weight, lose weight, obsess about weight. But the bigger reason (and call me vain if you want to!) is that Greg and I are getting married in December! 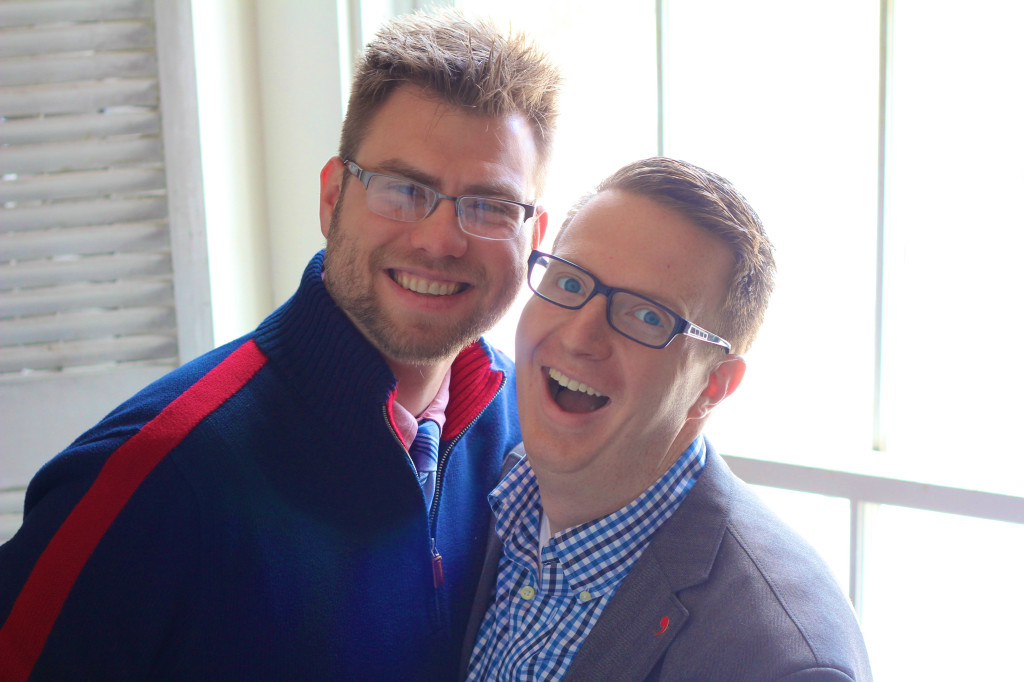 Do you need a tissue, Mom? It’s exciting, right?!

I came to Atlanta for a visit last September.  Like all of my recent visits to Atlanta, Greg picked me up at Hartsfield. We made it back to his apartment and he went to put my luggage away. When he came back into the living room, I was on a knee.  For a split second a look flashed across his eyes: “What in the hell?” Then I said, “I have to know: will you be mine?”

He looked at me for a second, then asked, “Will I be your what?” (Imagine that what in the most drawn out, Southern way possible).

“My everything, all of it.” 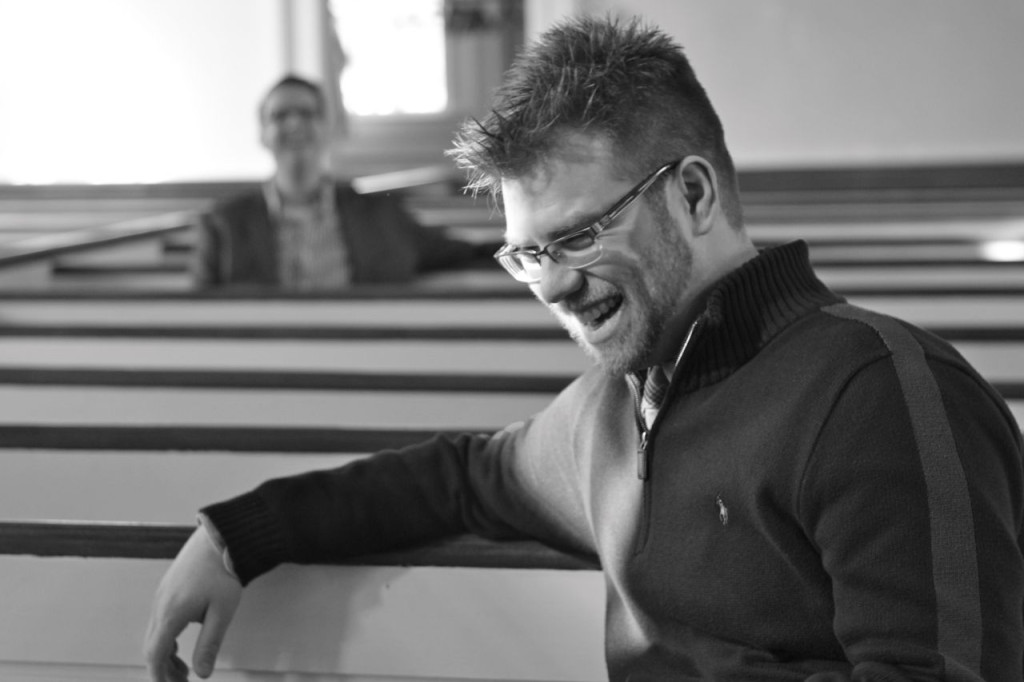 Needless to say, he said yes, and we set a day early in December for the wedding in Connecticut (can’t get married in Georgia if we want it to be legal–at least, not yet!) with a reception in late December in Atlanta (at the very appropriately named Mary Gay House). It’s all very exciting and wonderful and, admittedly, a little terrifying. When did I become a grown up?! You’re probably wondering the same thing, Mama. When did my little boy become a grown man?

The truth is that I’m not your little boy or your grown man, I’m just yours.

Just last week, Greg sent me a draft of the wedding service. Later, on the phone, he said, “I haven’t put it in yet because I wanted to ask you first–do you want to include something to remember your mom?”

At my ordination, we had a small memorial for you in the narthex of the church.  There were some white flowers, a candle, and some framed scripture.

She was a beloved mother, wife, sister, aunt, and friend.
Although she is not here in person, her spirit of love, support, and pride surround us today and every day.

See, the home of God is among mortals.
He will dwell with them;
they will be his peoples,
and God himself will be with them;
he will wipe every tear from their eyes.
Death will be no more;
mourning and crying and pain will be no more,
for the first things have passed away.

And the one who was seated on the throne said,
“See, I am making all things new.” 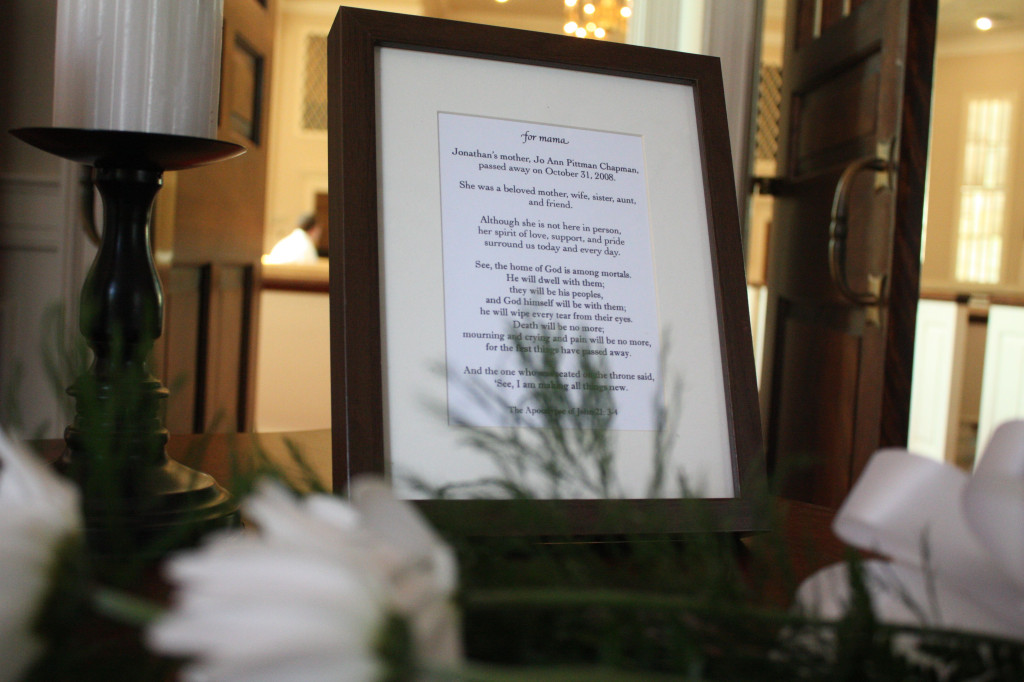 Maybe we’ll do that again, maybe we’ll do something different. Maybe we’ll just bask in the warmth of love you helped create and know that you have been, are, and will continue to be a fundamental part of who I am.

So here we are. Another Mother’s Day on our doorstep, another weekend filled with emotion. I still miss you, Mama. I still sigh your name while I’m fixing breakfast or folding laundry, just like I remember you doing.

I remember you taking me to the church in Raytown on Mother’s Day.  You’d pin a red flower on my lapel, a white one on yours. “Red,” you told me, “is because your mama’s still here. White because my mama’s in heaven.”  I haven’t worn a flower these last five years.  It’s not much of a tradition anymore, I suppose.

Easter was late this year, about as late as it can be.  I remember you driving home by our church during Holy Week, just to see the cross on the lawn that had been draped in purple for all of Lent to be draped in black on Good Friday.  Then by the time we made it to church on Easter Sunday, it’d be a white–a symbol of the resurrection.

Years later, when I was working at Loganville First United Methodist, I woke up at 5 am in a church member’s guest bedroom. It was the first Easter after you passed away, and I made my way early in the morning to the church. I unpinned the black fabric and draped the cross in white. 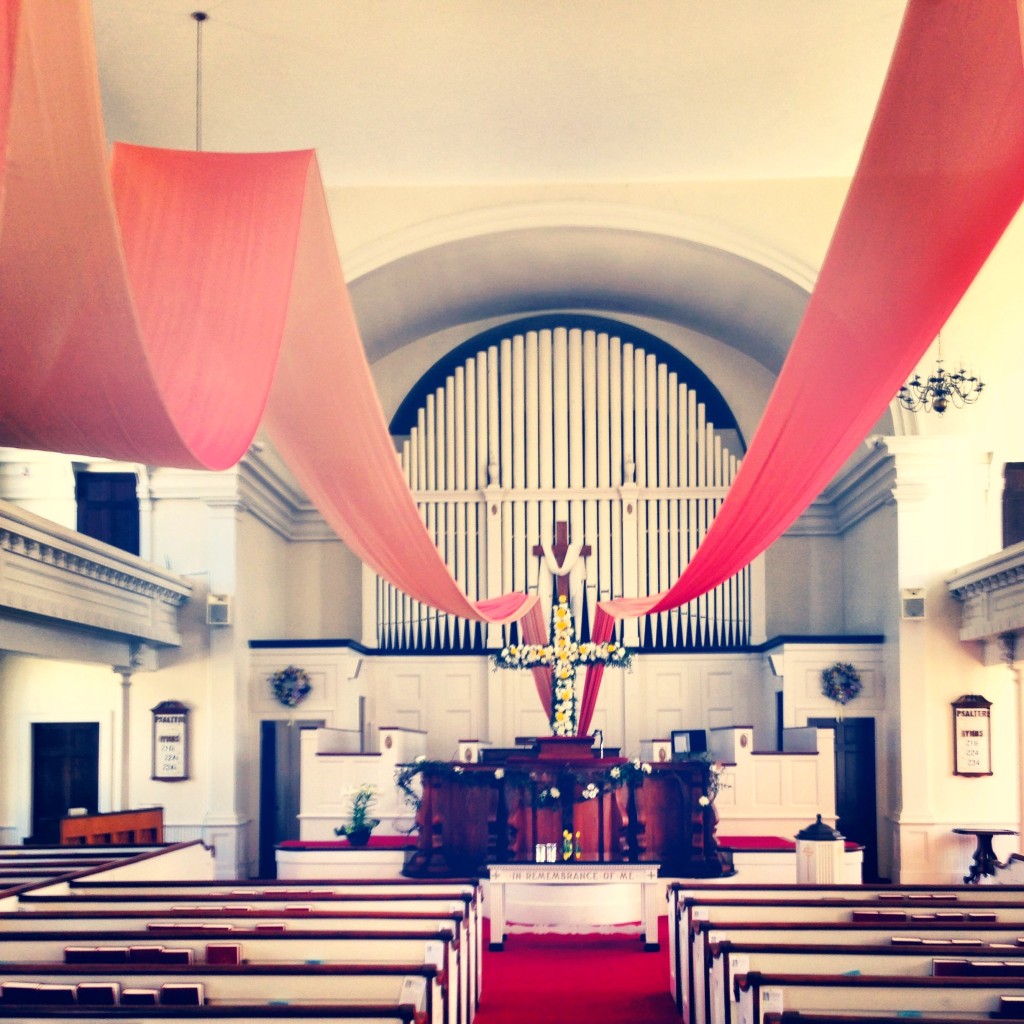 I stood in front of the cross, watching the newly attached white fabric dancing in the soft, Spring breeze while I held a scrunched up wad of black fabric in my hand. And I remember being SO relieved. So relieved that it had worked. Again. This story we cling so tightly to, the story of Jesus’ resurrection took on a whole new meaning as I cried beside that cross draped in white. I found myself standing on the firm foundation of Paul’s much beloved words (sorta) quoted from Hosea, “Where, O death, is your victory? Where, O death, is your sting?”

You may be gone from this world, Mama, but you’re still alive. Thanks be to God.

I love you, Mama. 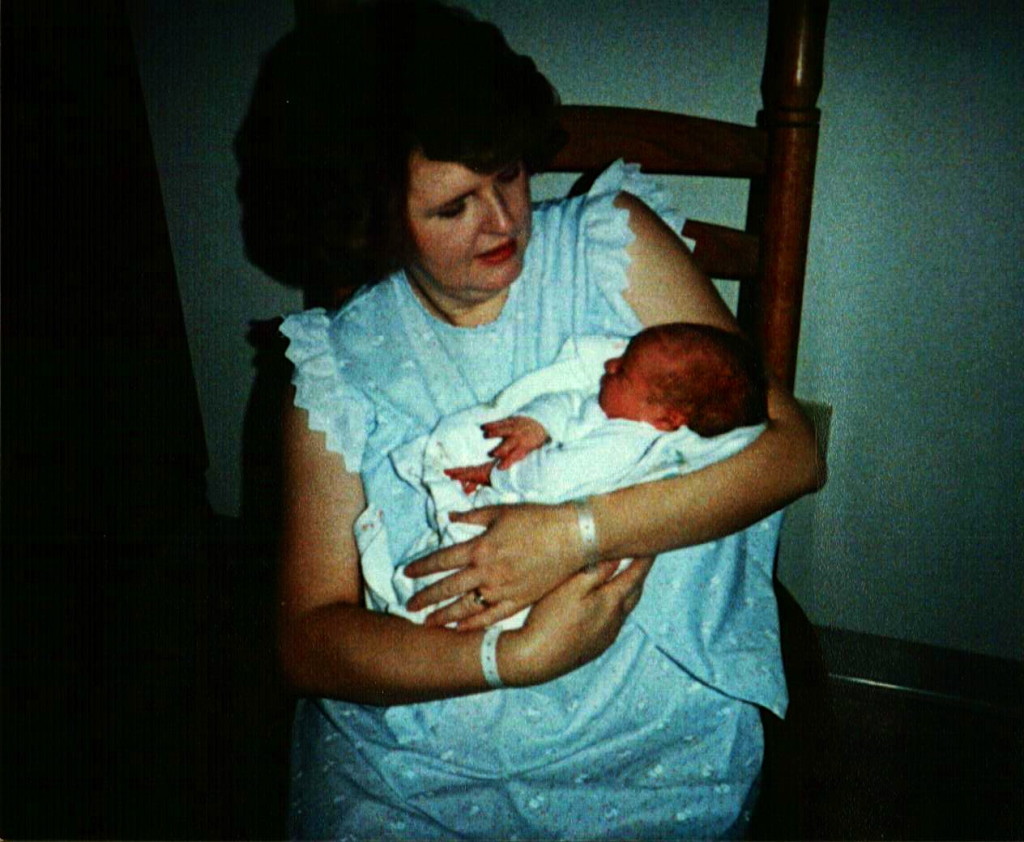