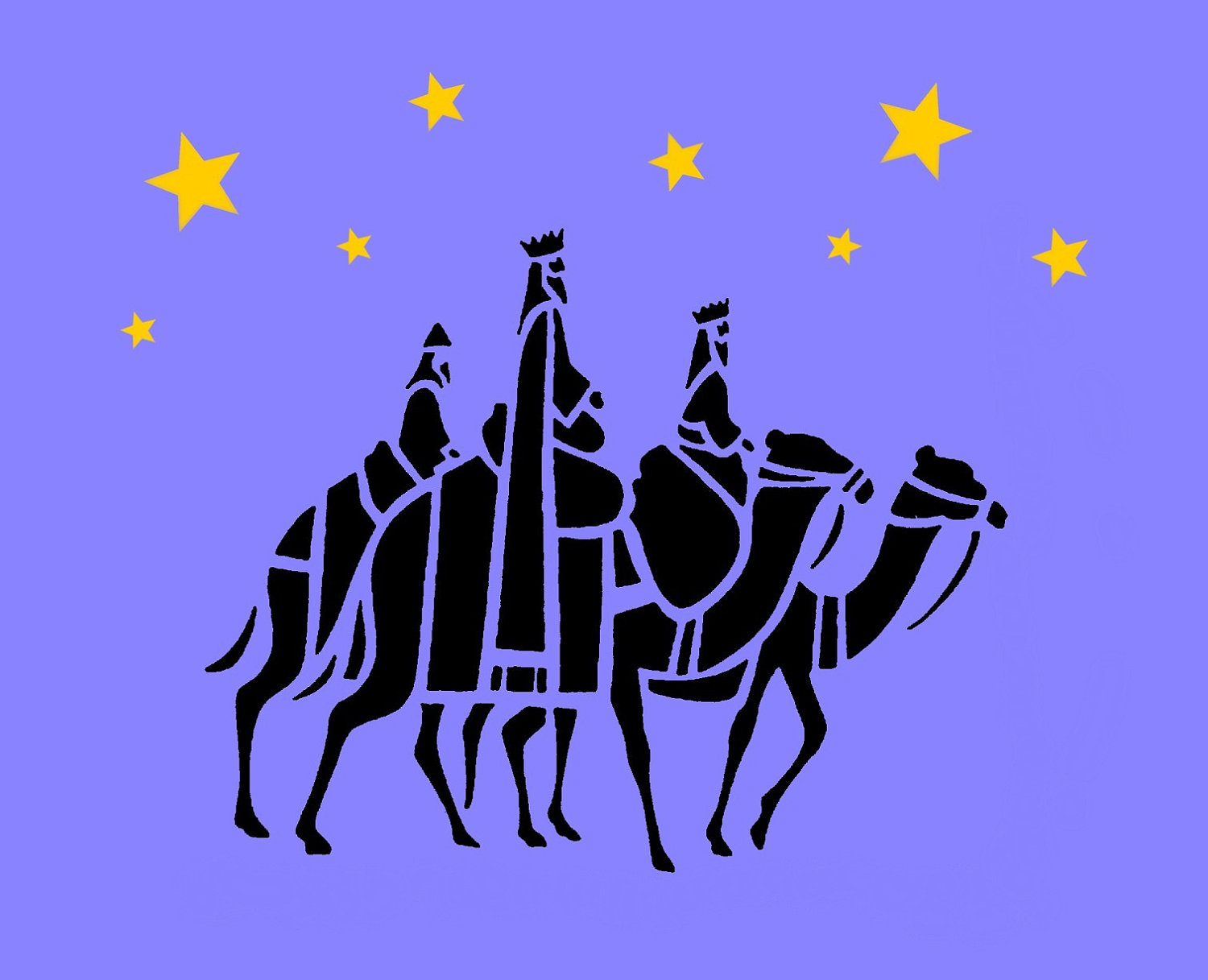 Happy New Year! It’s so good to see you here in this new year. Today’s a big day. It’s our first Sunday together in the New Year. I love this Sunday. I love this season–the beginning of something new.  It always feels like a clean slate.

It’s also Epiphany.  Every year, Epiphany falls on January 6. This year, we’re lucky. Epiphany is actually on Epiphany Sunday! Epiphany is the end of the Christmas season, the end of, you know, the twelve days of Christmas. Epiphany has a couple of meanings. In every day usage, we think of an epiphany as a “moment of sudden revelation or insight.” It’s a instance of clarity, when everything comes into focus. In religious terms, it’s “a manifestation of a divine or supernatural being.” Another big word we could use is theophany, meaning appearance of God. We’ve had these before–remember the Burning Bush? But today, we celebrate Epiphany–capital E–the holy day which commemorates the manifestation of Christ to the Gentiles who are represented by the magi.

Oh, the Wise Men.  In my hometown, the nativity scene out in the park, much like the one here in Davis Park, had the fireman’s helmets on the wisemen.  When asked why, the guy in charge said, “Geez–y’all don’t ever read the Bible do you?–The wise men came from AFAR!”

Forgive me. There’s one Sunday a year I can use that joke.

I think we often miss the point of the wise men.  We either get caught up in the logistics–what did they really bring to Jesus? Some claim they were there the night Jesus was born. Others say they visited a toddler-aged Jesus. They have traditional names:  Melchoir, Balthazar, and Casper, but we don’t know that for sure. Really, their facetime in the Bible is minimal. In fact, the Bible doesn’t even tell us how many there were. It’s tradition that dictates the number three.

What the Bible does make clear, is that it is these magi who set a string of events, unintentionally, in motion.  Because of their visit to Herod, Jesus and his family must flee to Egypt–we get the first taste of the hardship Christ must endure and of the way God cares for him.

Historically, these wise men are viewed as the first Gentiles to become Christian.  This is important for us.  You see, the prophecies all speak of a Jewish Messiah. That’s what and who the Jews were waiting for–a Messiah that would come to save his people. They were thinking chariots and horses–a King. He certainly wouldn’t come as a child and certainly wouldn’t come for the Gentiles. You see, for the Jews folks were dividing into two groups–Jews and everyone else. The Messiah was supposed to come for the Jews, NOT everyone else.

The Magi’s adoration of Christ is significant to us in another way: the wisemen are  symbols of conventional wisdom. They were the bearers and holders of knowledge, of wisdom. In their travel to Jesus, their gifts to Jesus and their adoration of him, what we witness is not just power bowing to Christ, but wisdom–the old wisdom didn’t disappear, but bowed to new wisdom, new hope, new love made manifest in Christ that night.

And that is what we celebrate today both as part of Epiphany and as part of our first service in the new year–that God has indeed come into the world and that God is indeed doing a new thing.

Isaiah exhorts us to Arise, shine for our light has come. So friends on this day of new beginnings, let’s do just that–let’s rise, let’s allow God’s love shine through us this and every day so that we can proclaim the good news that the way things were is no more, that conventional wisdom has given birth to God’s new reign of grace, mercy, and love, and that God has been and will continue to make all things new!