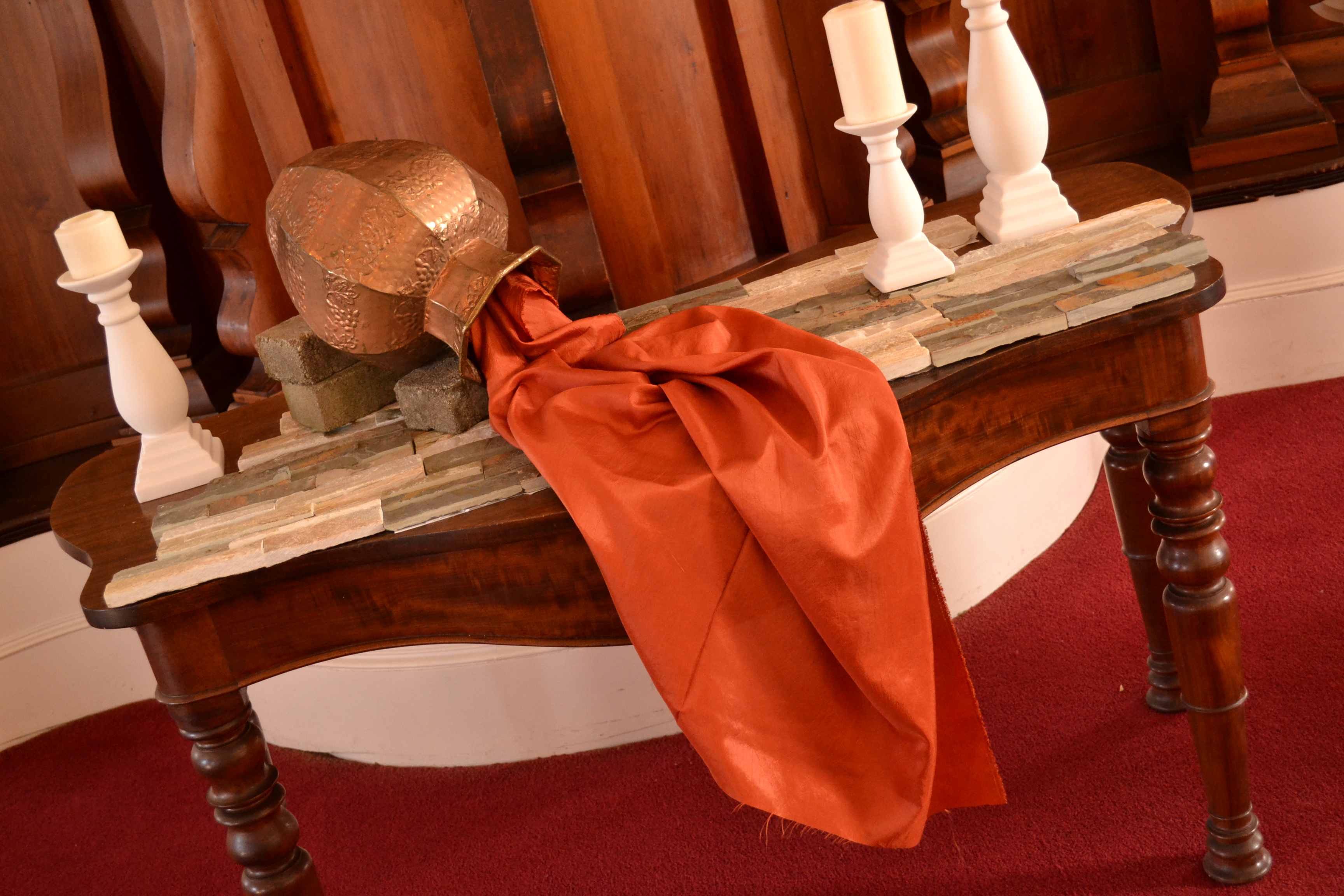 Y’all. Lent is catching up with me. So much to do before Easter which, my friends, is only two weeks away.  Two weeks. So this week, as I was scrolling through the photos I took during my Lenten altarscape planning session a while ago, I was glad to be reminded that this Sunday’s altar is a simple one.

One of my preaching professors in seminary had this advice: preach one sermon.  Each scripture or story carries multiple sermons that we could preach. Choose one. Likewise, when thinking about visuals, there’s lots of different themes, images, or ideas we could use as the base for our altarscape. Sometimes, the best thing to do is this: pick one.

This week’s gospel lection is from John 12 and centers around Mary and her act of discipleship:

Six days before the Passover Jesus came to Bethany, the home of Lazarus, whom he had raised from the dead. There they gave a dinner for him. Martha served, and Lazarus was one of those at the table with him. Mary took a pound of costly perfume made of pure nard, anointed Jesus’ feet, and wiped them with her hair. The house was filled with the fragrance of the perfume. But Judas Iscariot, one of his disciples (the one who was about to betray him), said, “Why was this perfume not sold for three hundred denarii and the money given to the poor?” (He said this not because he cared about the poor, but because he was a thief; he kept the common purse and used to steal what was put into it.) Jesus said, “Leave her alone. She bought it so that she might keep it for the day of my burial. You always have the poor with you, but you do not always have me.” When the great crowd of the Jews learned that he was there, they came not only because of Jesus but also to see Lazarus, whom he had raised from the dead. So the chief priests planned to put Lazarus to death as well, since it was on account of him that many of the Jews were deserting and were believing in Jesus.

Here’s what I used:

-a copper-ish vessel
– some striking orange fabric (thanks, Joan!)
– some bricks
– our stone bathroom tile
– pillar candles and candle holders

First, start with the basics: tile and bricks. The bricks will help us keep the vessel as a dramatic angle. 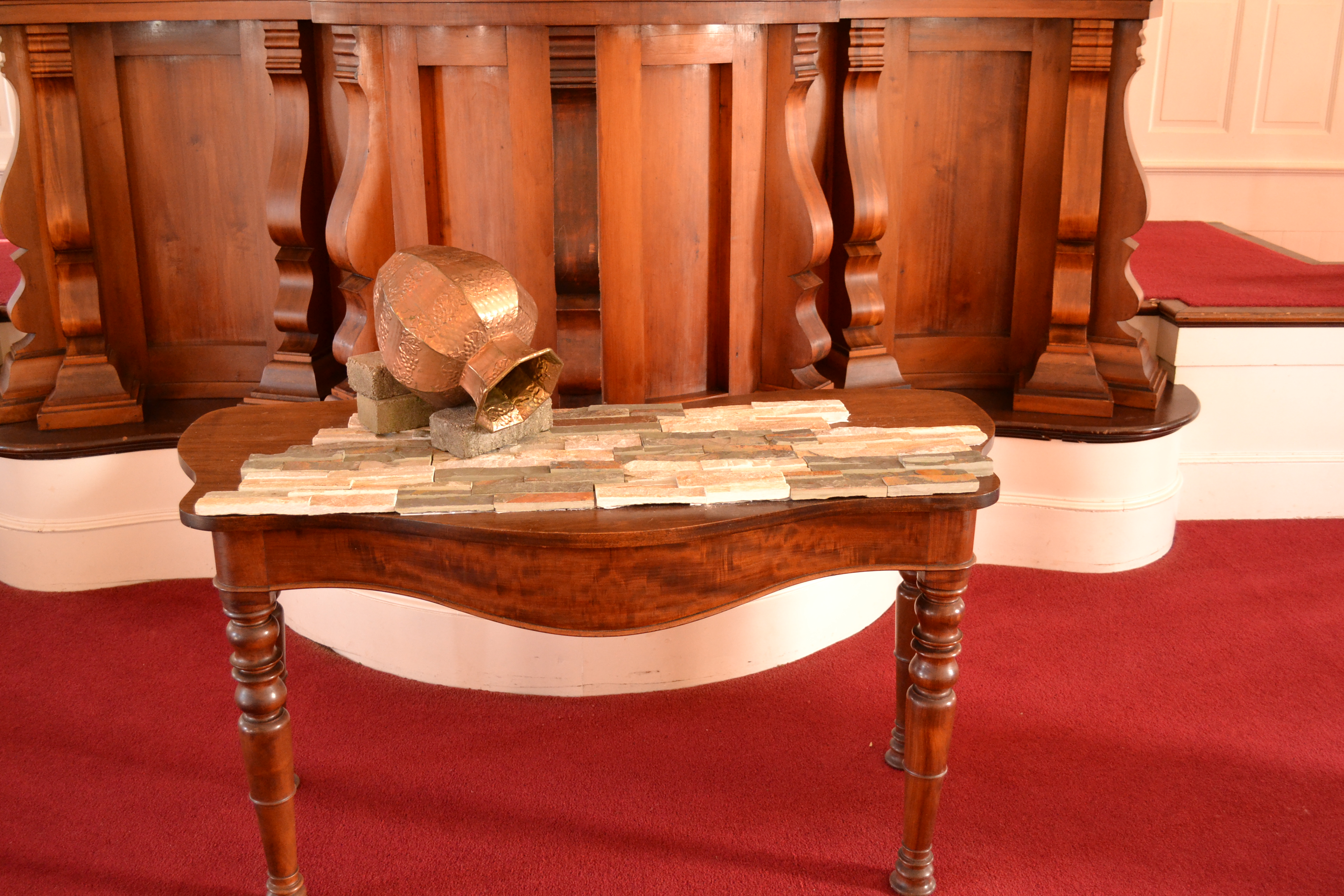 Place the fabric inside the vase. I like the idea of it cascading over the edge of the communion table. In a way, it reminds us of God’s abundance–and abundance that cannot be contained.

Next, add some candles.  The flame adds an almost living element to the visual, a reminder that God’s Word lives in us, through us, and among us. 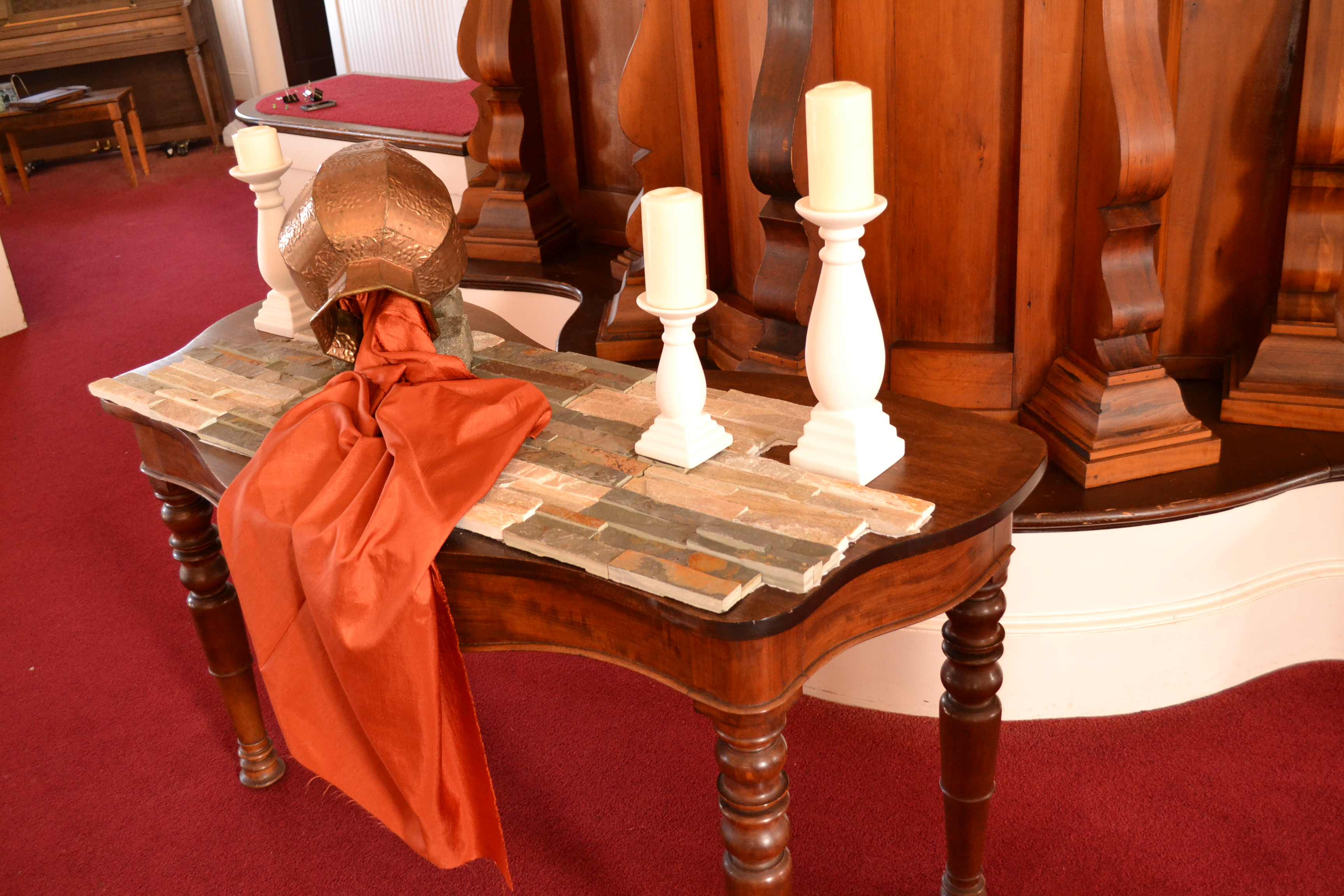 Here are some more shots: 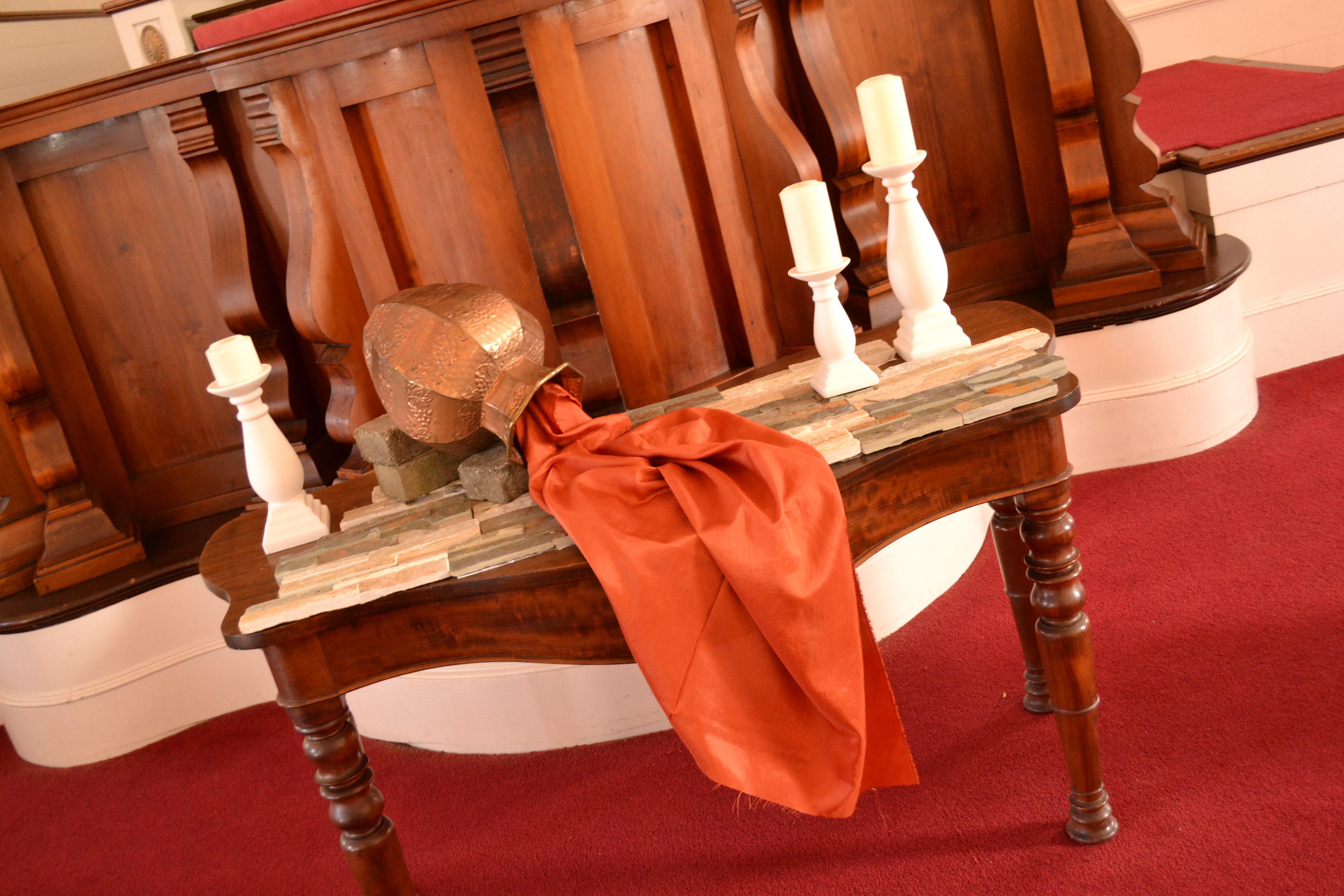