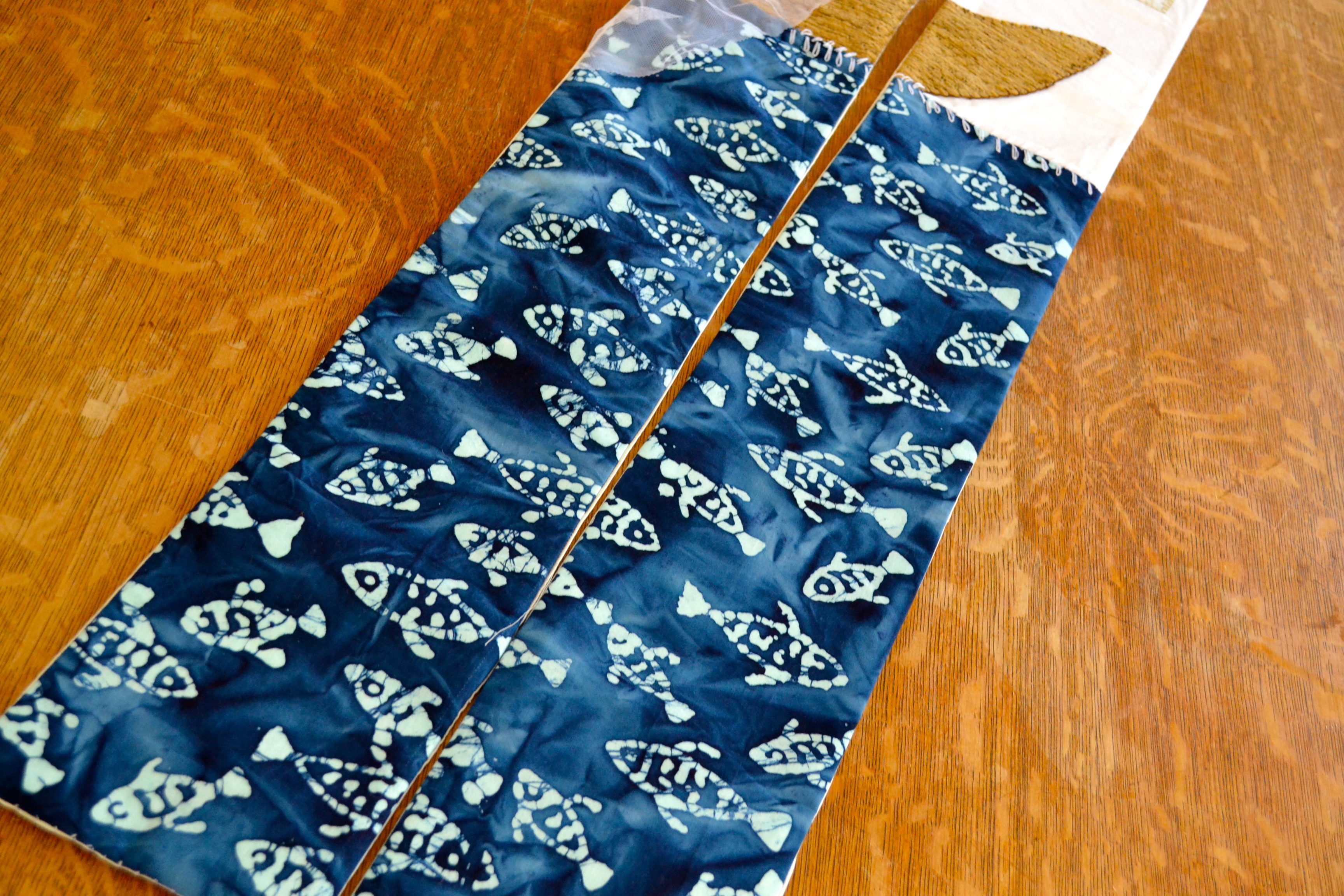 After a week in simply spring-y Georgia, I am back in Connecticut basking in the warm spring sun and watching the trees sprout out their baby green leaves. I was back in the South to go to my dear seminary friend’s wedding in Mobile (fun fact: Mobile has the oldest carnival celebrations in the US).  After returning to Atlanta, I spent some much needed R & R with my sweet G.  I think I’ve mentioned this before, but G. has a penchant for late-night stole shopping which has led to several stole commissions for me.   This particular one is one I’ve been sitting on since Christmas! Can you believe I was even able to make it this long without posting some obnoxious status to my clergy friends that probably would’ve amounted to something like an elementary school taunt about look what I’ve got (and what you don’t!). But, then, that wouldn’t be particularly Christian, would it?

Fish and fishermen play a surprisingly large roll in the Gospels.  I’m sure you remember this story:

As he walked by the Sea of Galilee, he saw two brothers, Simon, who is called Peter, and Andrew his brother, casting a net into the lake—for they were fishermen. And he said to them, ‘Follow me, and I will make you fish for people.’ Immediately they left their nets and followed him.As he went from there, he saw two other brothers, James son of Zebedee and his brother John, in the boat with their father Zebedee, mending their nets, and he called them. Immediately they left the boat and their father, and followed him.

Or maybe this one?

When he had finished speaking, he said to Simon, ‘Put out into the deep water and let down your nets for a catch.’ Simon answered, ‘Master, we have worked all night long but have caught nothing. Yet if you say so, I will let down the nets.’ When they had done this, they caught so many fish that their nets were beginning to break. So they signalled to their partners in the other boat to come and help them. And they came and filled both boats, so that they began to sink.

Anyway, this particular stole (which I felt OK wearing during Easter due to its mostly white background and stunning sun not to mention it fit in well with my sermon from today) features a sailboat floating on a peaceful, blue sea under a vibrant sun.  Off the side of the boat (and, I’ll admit it, this might be my favorite part) is a 3D net–cast into deep waters.

G. gave it to me with the idea that it would be worn on the Sunday when the lectionary centers on one of the above texts, but it seems a shame to leave it on the hanger that much, no? 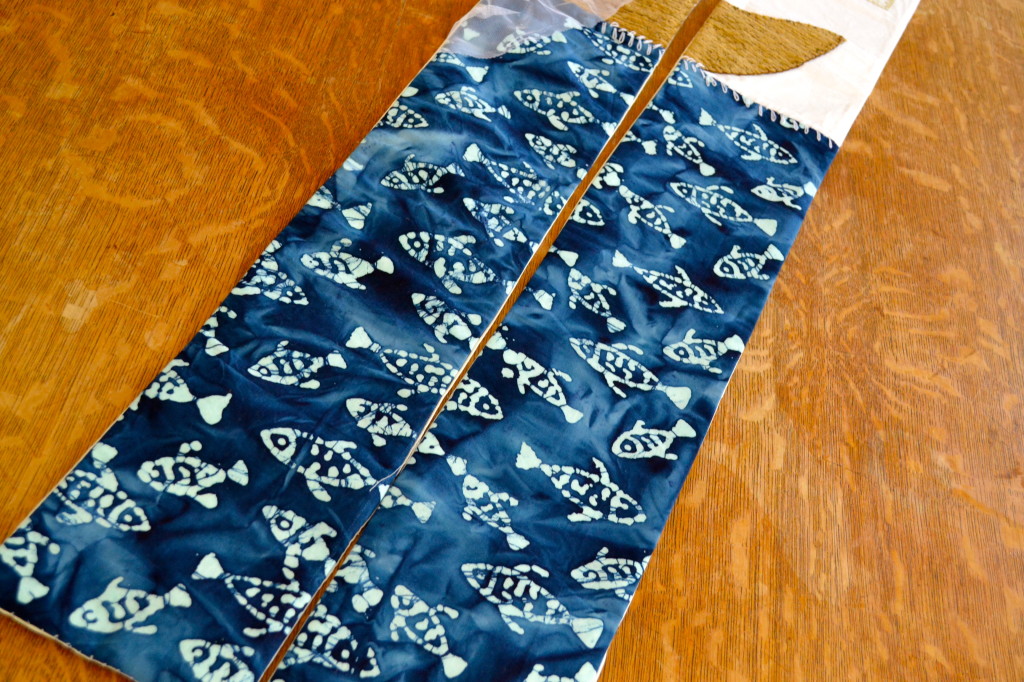 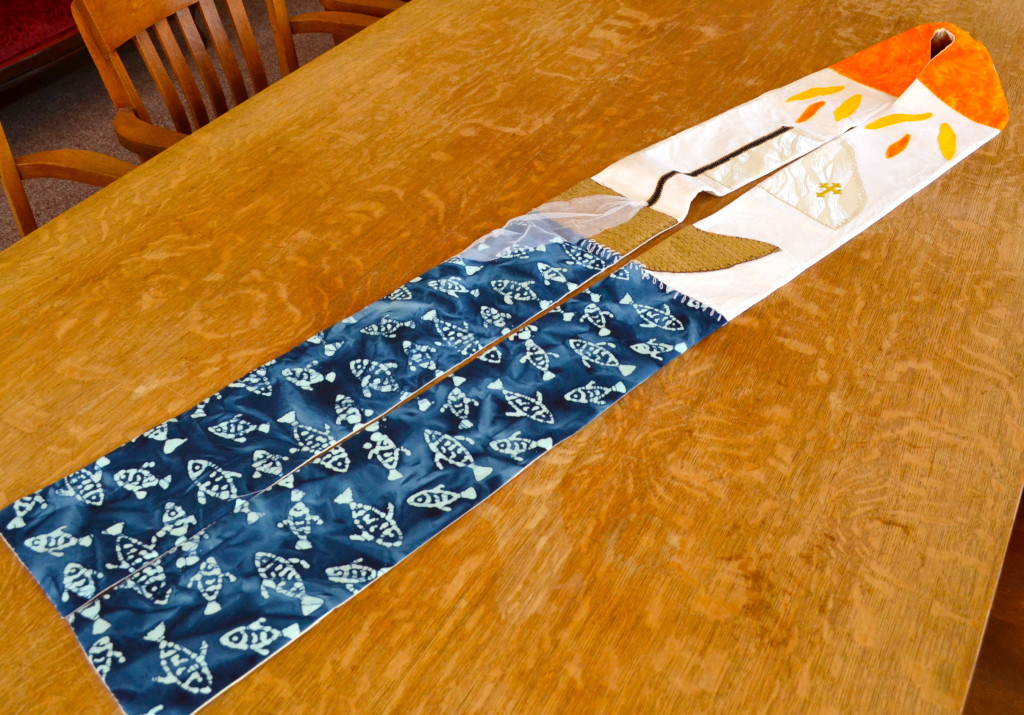