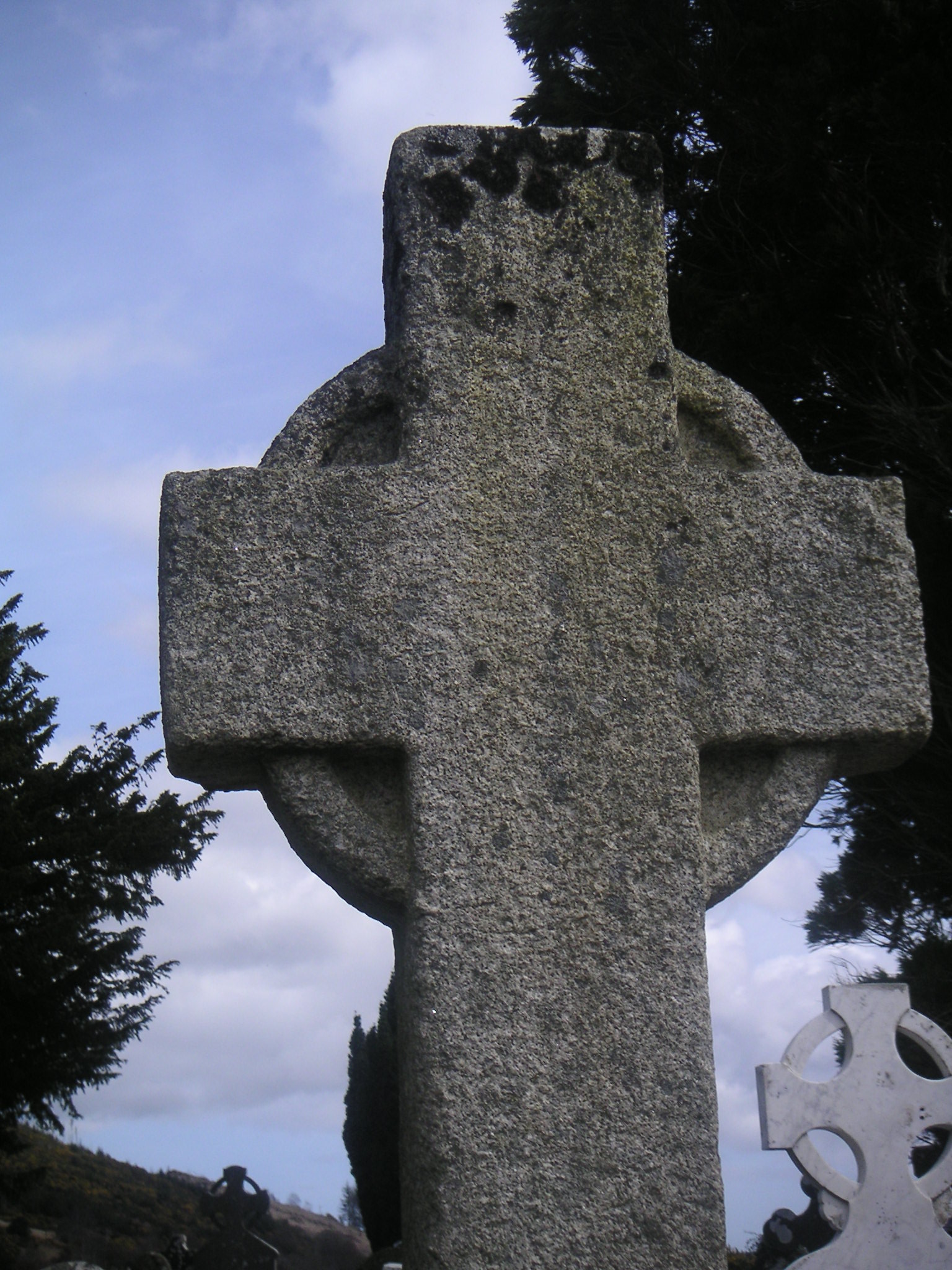 Three weeks ago, when I was looking at the scriptures for this week, I chose these three because at the time I intended to speak to the way that God has welcomed all of us into God’s kingdom, the new heaven and the new earth which is shown by the story we heard from Acts earlier this morning.  And that we make that truth manifest when we love one another as Jesus commands us in John. There you go–a sermon in two sentences. Probably the quickest sermon you’ve ever heard.

But, as I’m sure you’re aware, a lot has happened in those three weeks. And so, these texts–visions about who and where God works, about a new heaven and a new earth, about who we are to love take on a deeper meaning.

The New Revised Standard Version of our Revelation text reads:

Then I saw a new heaven and a new earth; for the first heaven and the first earth had passed away, and the sea was no more.2And I saw the holy city, the new Jerusalem, coming down out of heaven from God, prepared as a bride adorned for her husband. 3And I heard a loud voice from the throne saying, “See, the home of God is among mortals. He will dwell with them as their God; they will be his peoples, and God himself will be with them; 4he will wipe every tear from their eyes. Death will be no more; mourning and crying and pain will be no more, for the first things have passed away.” 5And the one who was seated on the throne said, “See, I am making all things new.” Also he said, “Write this, for these words are trustworthy and true.” 6Then he said to me, “It is done! I am the Alpha and the Omega, the beginning and the end. To the thirsty I will give water as a gift from the spring of the water of life.

Revelation is an account of a vision that John of Patmos had.  It’s part of a larger genre of ancient literature called Apocalypse–a genre that deals with the end times–with that fundamental question: what’s next?

Theologian Dana Fergueseon offers this insight: “We humans spend a lot of time conjuring up images in our minds of the physical nature of the place–heavenly mountains or beaches, divinely paved roads or rolling soft hills. In the Revelation to Joh, that image is revised. The new heaven is plainly and simply the place where God is. This is the first and most important detail: heaven is the place where God is and humans are fully united with God.”

Interestingly, John describes the New Jerusalem by telling us what’s not in it: “The first heaven and the first earth had passed away, and the sea was no more.”  Ah, the sea. The sea, in the Bible at least, is a powerful symbol for chaos. Think back to Genesis 1–the story that starts it all:  “In the beginning when God created the heavens and the earth, 2the earth was a formless void and darkness covered the face of the deep, while a wind from God swept over the face of the waters.”

But given all that’s happened these past two weeks, the line that strikes me as the most hopeful is this one: “See, I am making all things new.” Because, Lord, don’t we need some new–some new hope, some new faith in humanity–in the promise that Good will overcome Evil. I hear those words, “see, I am making all things new,” and I think of the images from the Boston bombings or of the destruction an un-inspected fertilizer plant caused in Texas, and it’s easy for me to go to God and say “are you? are you making all things new?” If things are being made new, then why do such acts of destruction take place? And I’m not just talking about the ones that directly affect us–I’m talking about the ones that take place around the world.

Following the bombings, a group of Syrians made a sign and took a picture holding it that reads “Boston Bombings represent a sorrowful scene of what happens everyday in Syria. Do accept our condolences.” There’s such sadness in this world–such heartache and destruction. Don’t we need for all things to be made new? 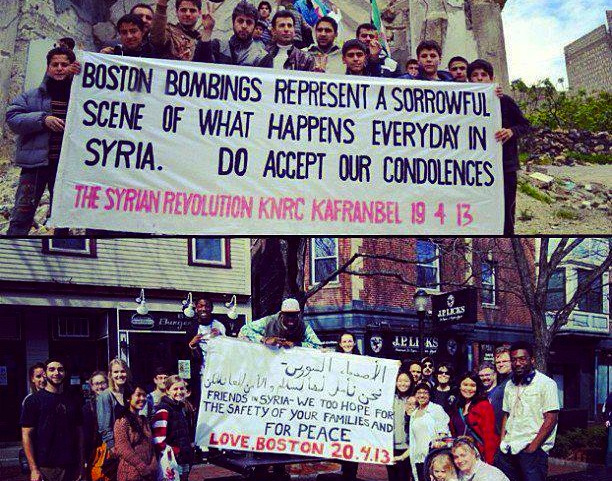 But then I think about the response we saw in the last two weeks. Yes, we met destruction head on, but what we also saw (as I’m sure you’ve seen pointed out on the news) were people rushing to help.  Literally–running toward the smoke the Boston bombs created–to help–anyway they could. The community of West, Texas is finding support flooding in from across the nation.  A day after that picture was taken in Syria, one showed up from Boston: Friends in Syria, we too hope for the safety of your families and FOR PEACE.

And it’s moments like that–seeing people running toward the smoke, the outpouring of support, and photos sent in love to people half a world away that act as notes of comfort and support from God. I imagine God saying “I’m working on it. See, I am making all things new.”

That’s really what Peter is recounting in the eleventh chapter of Acts–that God is making all things new.  This isn’t the first time we’ve heard this story. In fact, this story is told twice in Acts–the first time being just a chapter before–in chapter ten. It was an important story for the early Christians because it dealt with a fundamental question: Who could be Christian? Christianity was, at its beginning, a sect of Judaism. The earliest Christians wouldn’t have considered themselves Christian. They would’ve thought of themselves as Jews who believed the Messiah had come.  And in the ancient Jewish world, there were Jewish and there were Gentiles. And one did not just switch between the two.

And so, as the early church was established, the question soon came to the forefront–can someone be what we would call “christian” if they weren’t Jewish first? After all, Jesus was said to be the fulfillment of the Jewish prophecies.

So, Peter recounts this story, this vision of a large sheet coming down from heaven. And as that sheet got close to him , Peter saw four-footed animals, beasts of prey, reptiles, and birds of the air.  AND he heard a voice saying–Get up, Peter; kill and eat.

Of course, the animals Peter was commanded to eat were unclean–not kosher. Peter protests, to which the voice replies, “What God has made clean, you must not call profane.” Peter claims this happened three times. Then something interesting happens (as if voices and animals and floating sheets are interesting!). Peter tells us he was set by the Spirit to go with three men, Gentiles,  and to treat them without distinction. He was also told to share the Gospel with them. And then Peter asks the pivotal question: “If God gave them the same gift that he gave us when we believed in the Lord Jesus Christ, who was I that I could hinder God?”

Jesus, of course, knew this.  In the gospel of John, Jesus explains to his disciples: “Little children, I am with you only a little longer. You will look for me; and as I said tot he Jews so now I say to you, ‘Where I am going, you cannot come.’ I give you a new commandment, that you love one another. Just as I have loved you, you also should love one another.”

That is how we will be God’s ongoing work in this world, how we will witness to God making all things new, how we will march to Zion, to that New Jerusalem–by loving one another. Which means that we will discuss the merits of one paint color over another, then we will paint together. It means that we will stand by one another. That we will reach into the hurting places of this community and find a way to offer comfort, to say to the people who long for a message of hope: Look. See, God is making all things new.  And it doesn’t matter who you are or what you’ve done. Whether you look like me or sound like me or eat the same foods as me–there is nothing, nothing we can do to hinder God’s ongoing work of making all things new.

So, we will choose to love one another and to welcome strangers and friends, everyone, everyone, everyone alike into our community of forgiveness and grace–all the while standing in astonishment at what God has done and in gratitude that we are part of it.