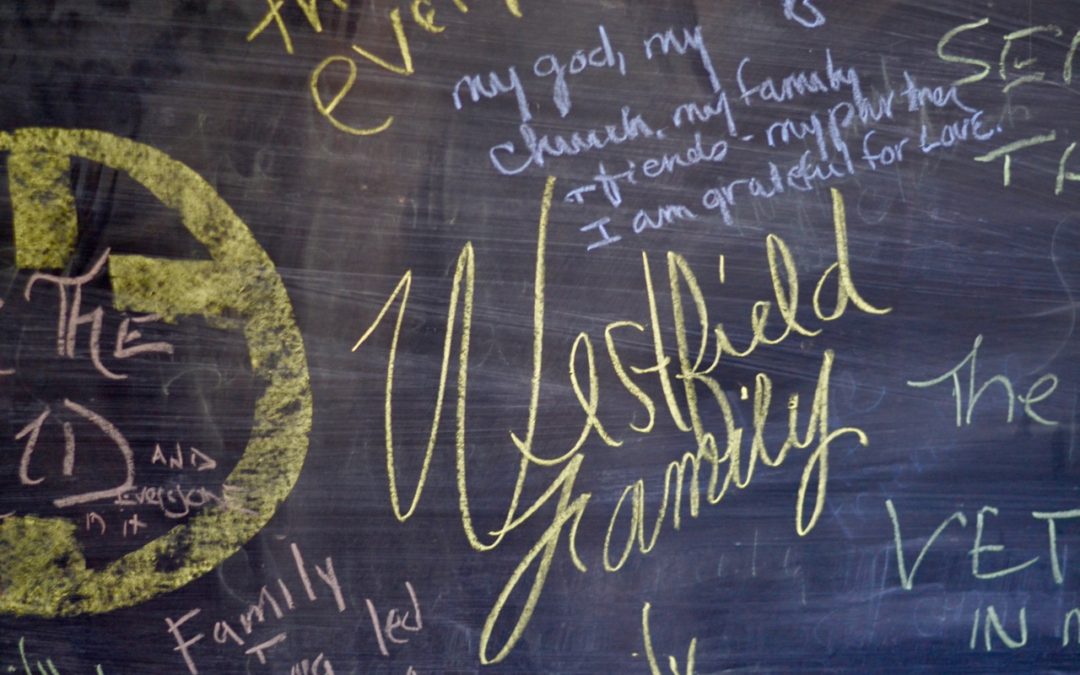 Growing up, we had Fifth Sunday Night Sings. Every fifth Sunday, area churches would get together for a potluck and hymn sing. We’d eat all kinds of delicious food, then sing all kinds of beloved songs.  It was a cherished way to spend time together with Christians from other churches.

At Westfield, fifth Sundays have become adventurous.  I realize not everyone who visits the blog is the same level of church nerd as me, so let me briefly explain.  Four times a year (generally), the calendar falls in such a way that there are five Sundays a month instead of four. Fifth Sundays are a gift. One reason they’re adored in the church world (and I know this might be off putting) is that they provide an additional week of income for month which can provide a much needed boost. Most churches divide their budgets by twelve months–that’s how much they need to raise in a month to make ends meet. Fifth Sundays reduce that monthly burden by…you guessed it…a fifth!

At Westfield, we use Fifth Sundays as a laboratory of sorts. It’s our time to try out some new ideas (not that we’re all that hesitant anyway).  Our last fifth Sunday was in January. That Sunday we tried Prayer Stations for the first time. Need a refresher on just what Prayer Stations are? Prayer Stations offer engaging worship by inviting congregants to roam the sanctuary in a form of guided prayer.

For our second Sunday worshipping in this way, my Music Director, Jimmy, suggested we use the assigned Gospel Lesson from Luke as inspiration:

After Jesus had finished all his sayings in the hearing of the people, he entered Capernaum. A centurion there had a slave whom he valued highly, and who was ill and close to death. When he heard about Jesus, he sent some Jewish elders to him, asking him to come and heal his slave. When they came to Jesus, they appealed to him earnestly, saying, “He is worthy of having you do this for him, for he loves our people, and it is he who built our synagogue for us.” And Jesus went with them, but when he was not far from the house, the centurion sent friends to say to him, “Lord, do not trouble yourself, for I am not worthy to have you come under my roof; therefore I did not presume to come to you. But only speak the word, and let my servant be healed. For I also am a man set under authority, with soldiers under me; and I say to one, ‘Go,’ and he goes, and to another, ‘Come,’ and he comes, and to my slave, ‘Do this,’ and the slave does it.” When Jesus heard this he was amazed at him, and turning to the crowd that followed him, he said, “I tell you, not even in Israel have I found such faith.” When those who had been sent returned to the house, they found the slave in good health.

As we researched issues around modern-day slavery, Jimmy sent me a link to Stop The Traffik’s prayer stations. I was traveling the week before. So on a transcontinental flight to San Francisco from Atlanta, I pulled out my laptop and started curating our next set of stations. Here’s what I came up with (forgive any typos–I was typing at 40,000 feet!). If you download the pdf, you’ll see a diagram of how the stations were set up in our sanctuary. I’d be remiss if I didn’t say a big THANK YOU to my administrator, Carrie, who collected all the items we needed and set up the entire room ON HER OWN while I was off galavanting with 30 other church dorks on the other side of the country. Here’s how everything turned out.

We invited folks to look into the mirror and remember that they are created by God. 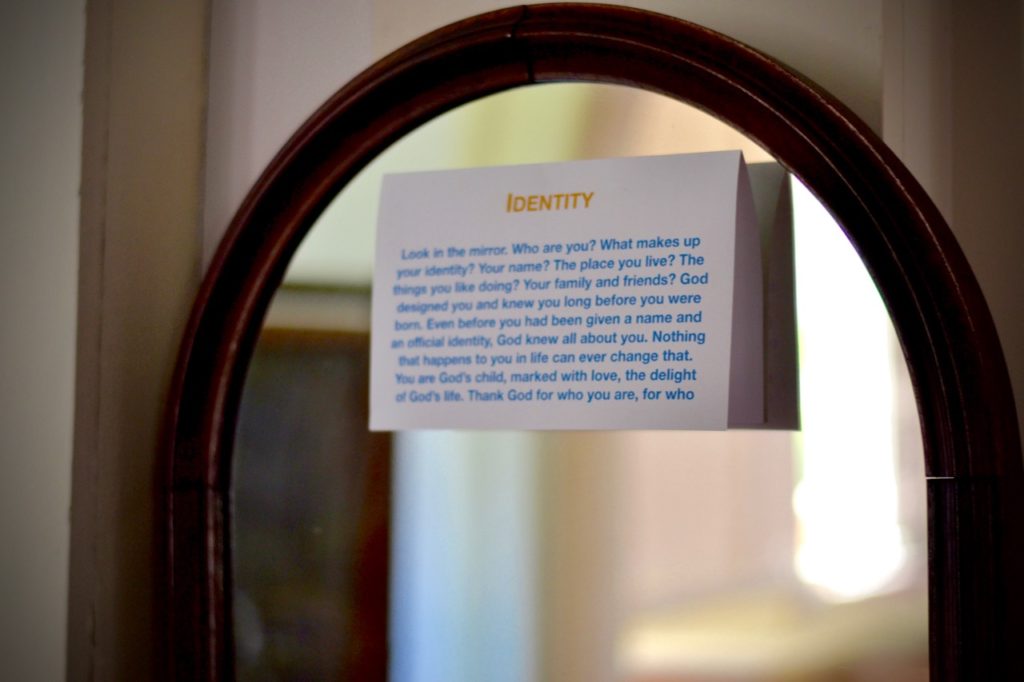 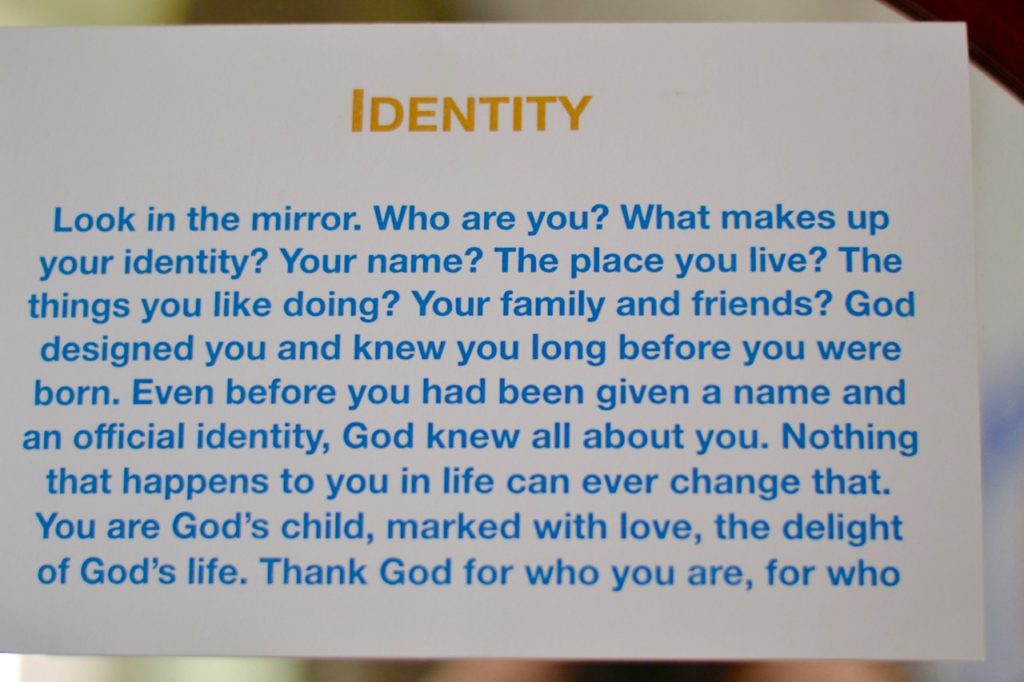 Confession: This might’ve been my favorite station to visit after worship that day–because who doesn’t like being missed?! 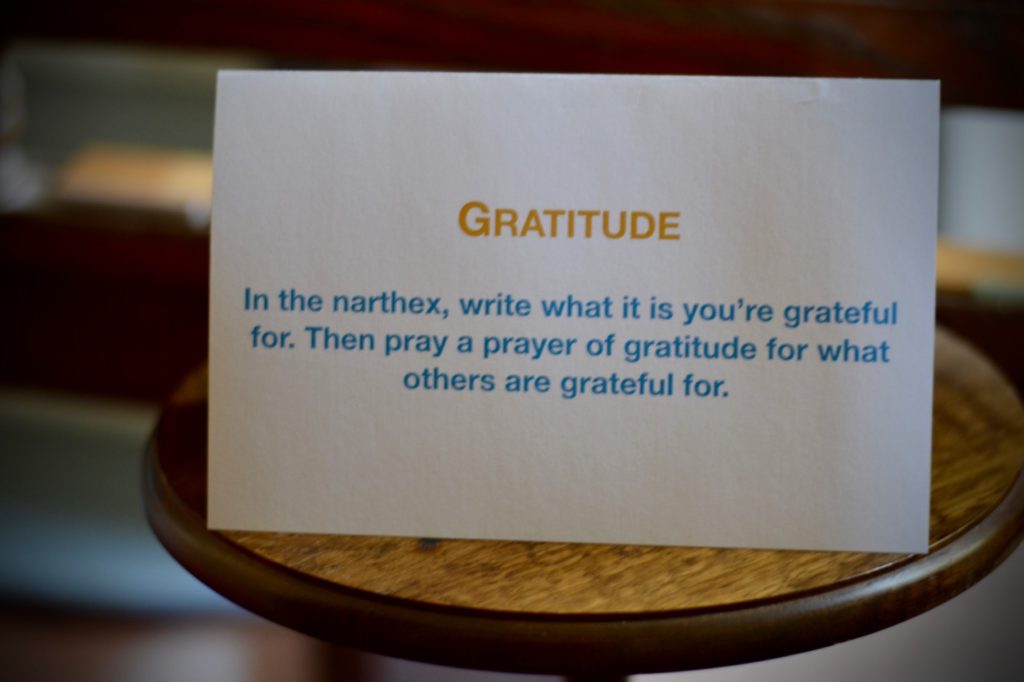 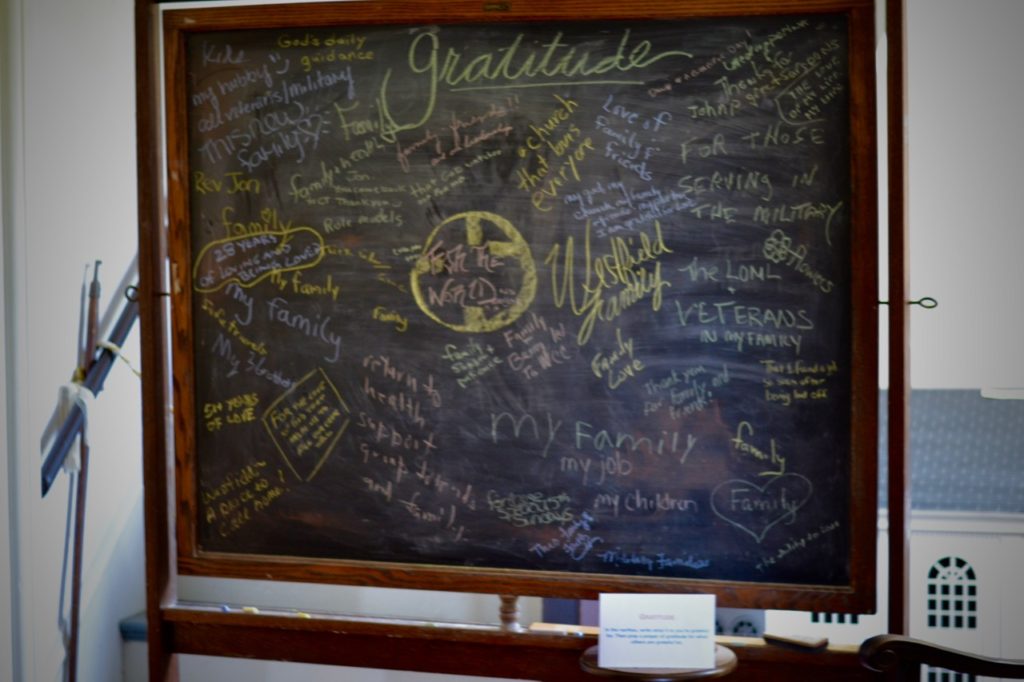 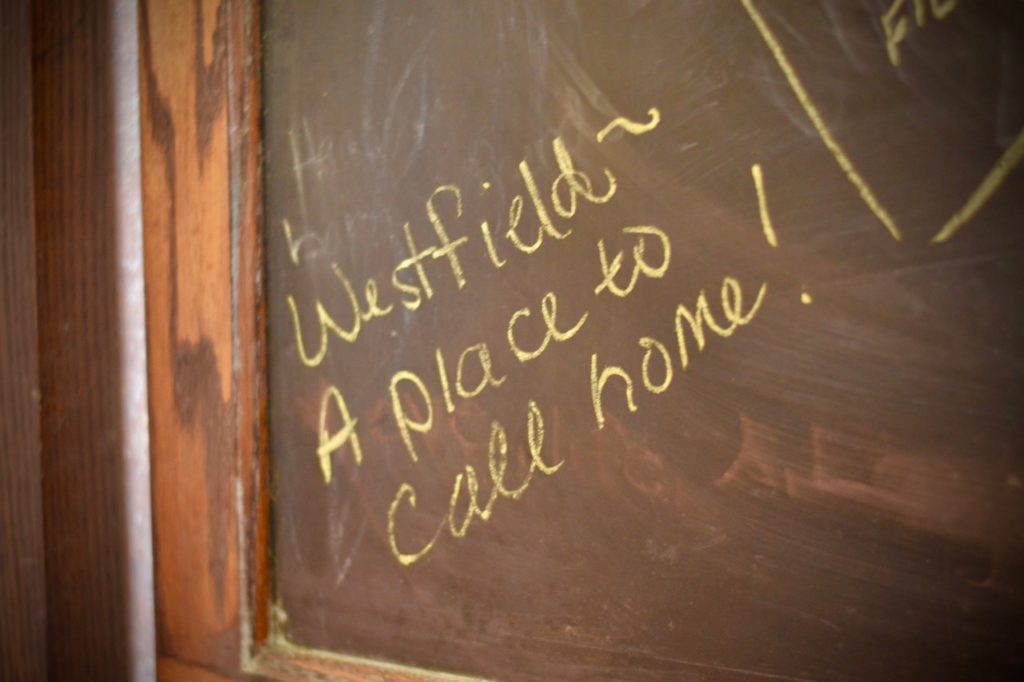 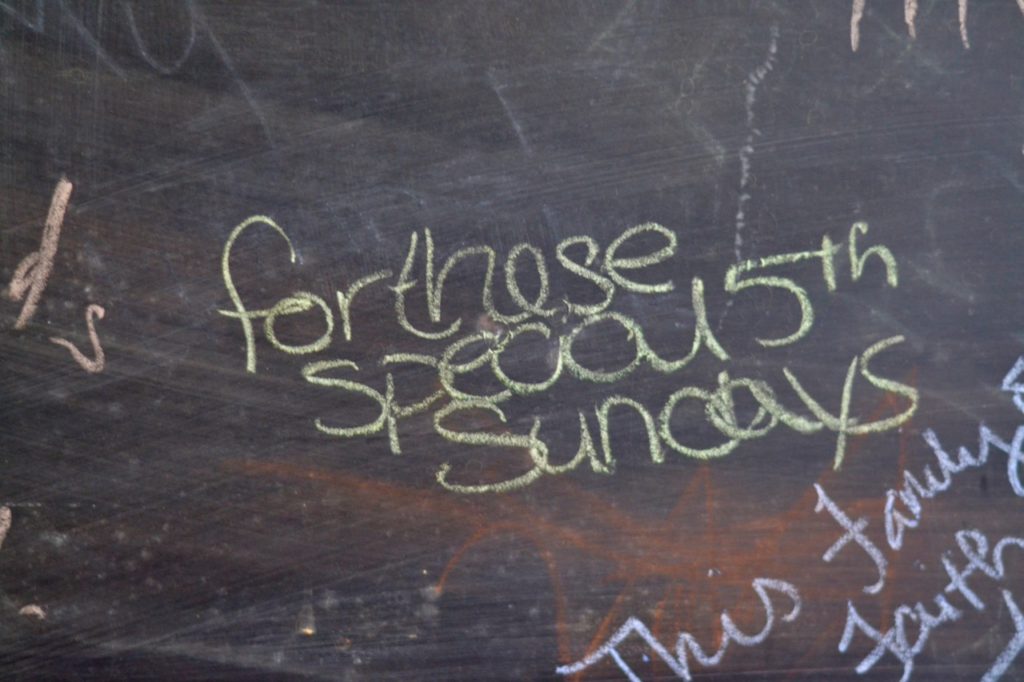 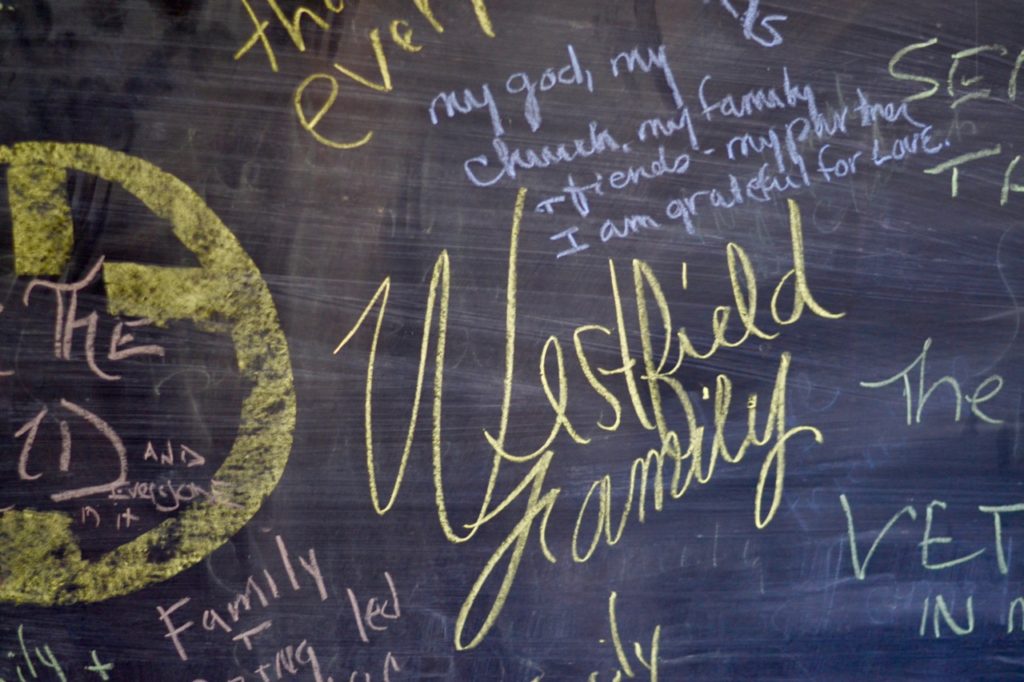 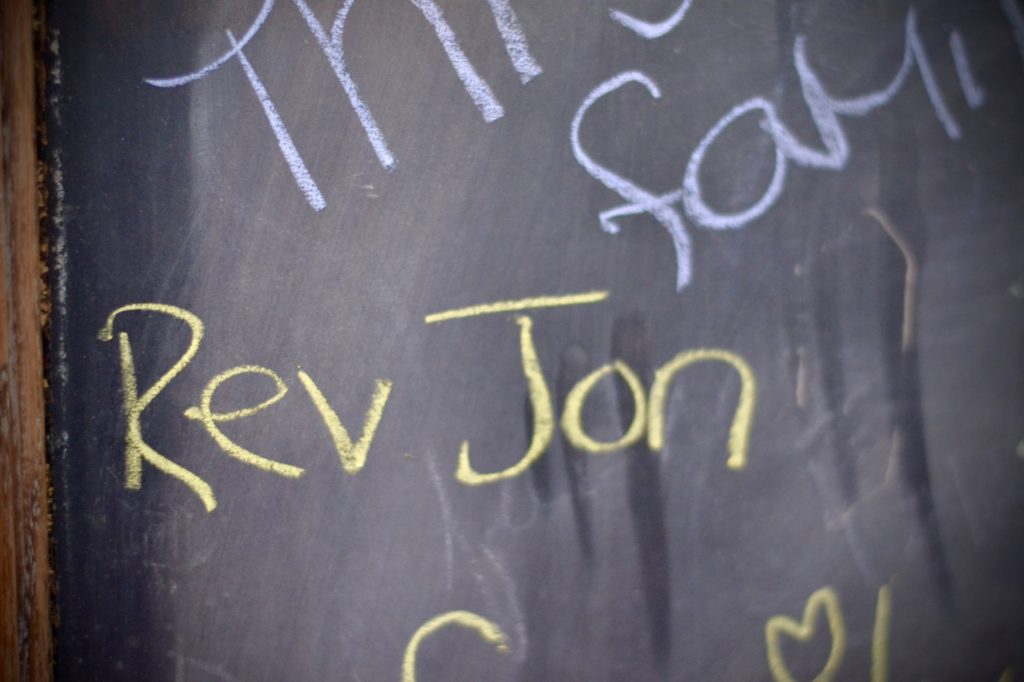 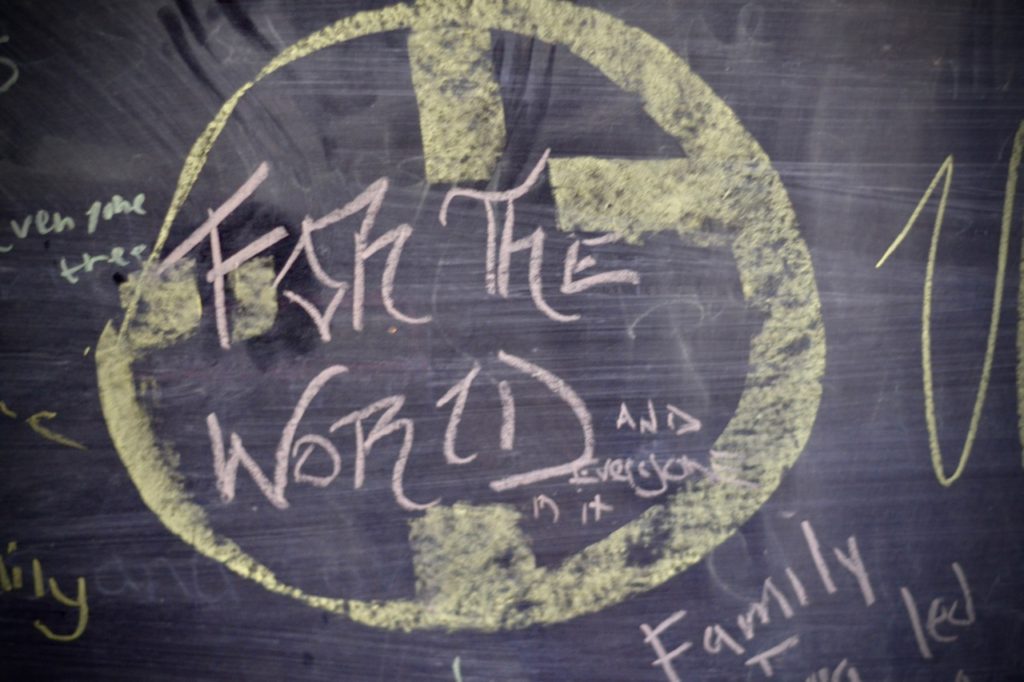 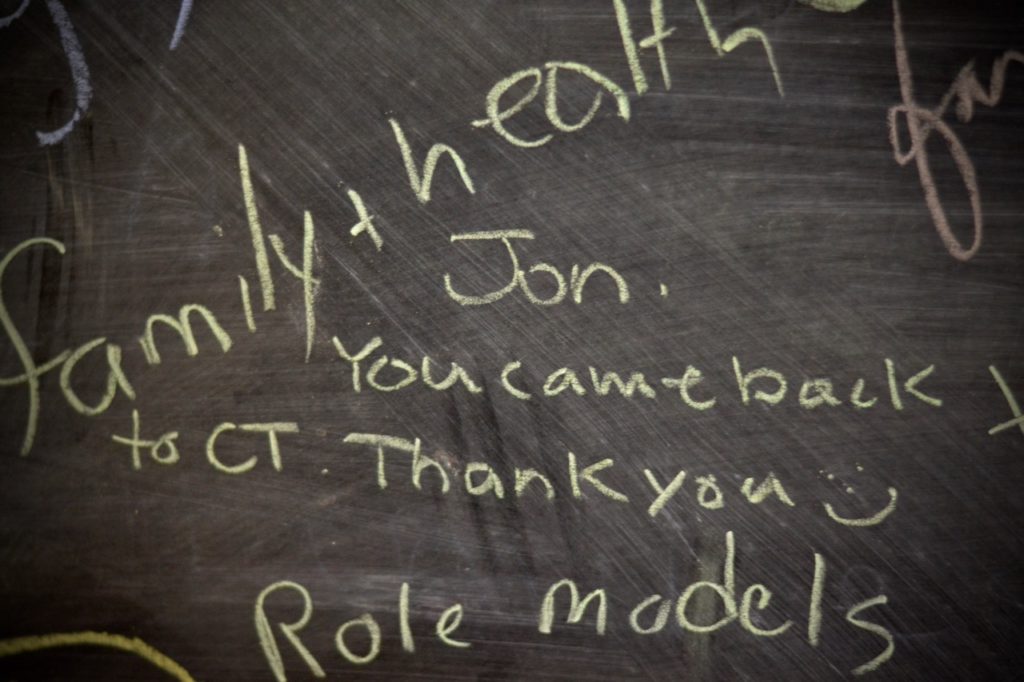 I’ll admit that this station made the cut for two simple reasons: (1) to help create engaging multi-sensory worship and (2) give people a snack. I knew it was probably going to be a longer service–and I know what helps me when I’m impatient–food!

We’re talking more about justice issues at Westfield these days. While this station (and others) might seem like downers, we are clear that God calls us to work toward God’s realm despite the muck and mess we encounter. So, we pray for brokenness of all sorts. 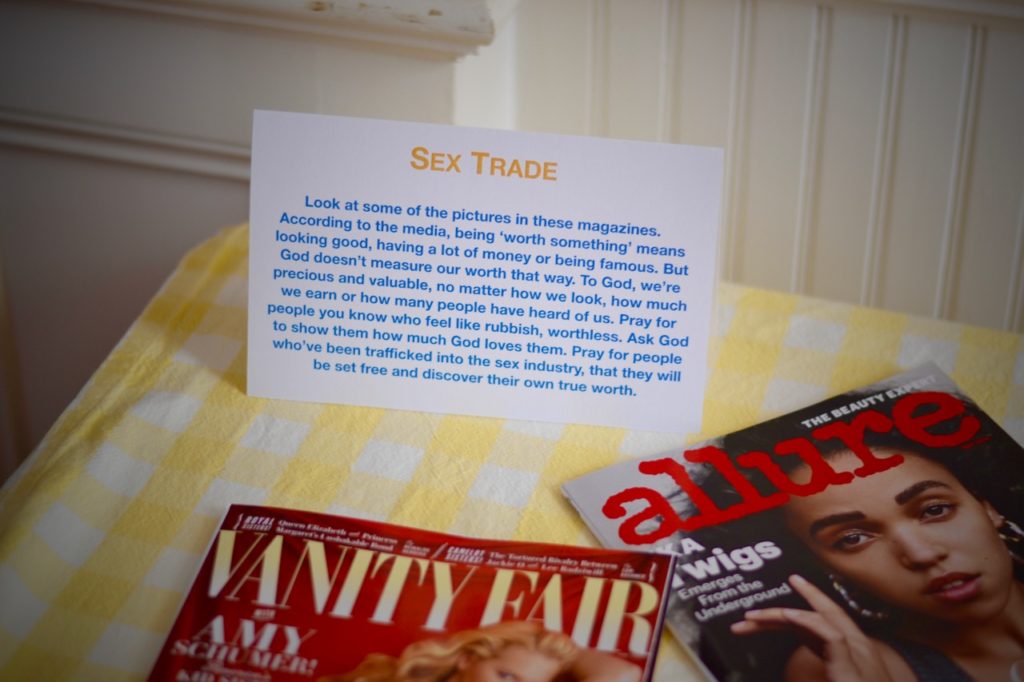 Y’all. We celebrate REALLY beautiful baptisms at Westfield. There’s praying and singing and the walking around of babies (not the adults–yet!). The Sunday we worshiped using prayer stations, we had a baptism. So, we integrated those waters into our morning worship. 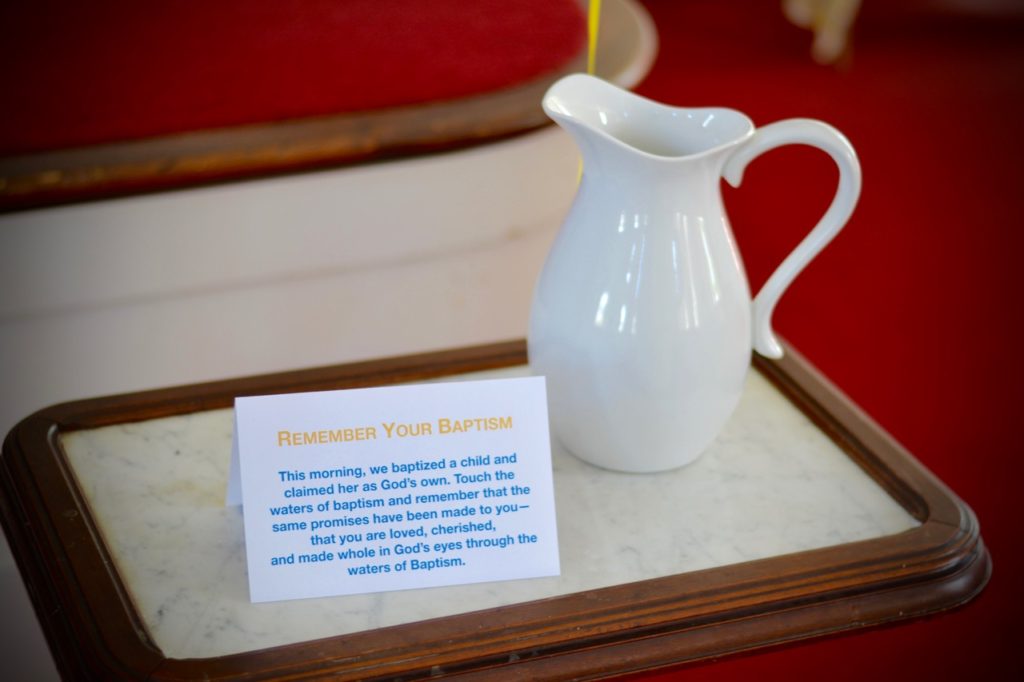 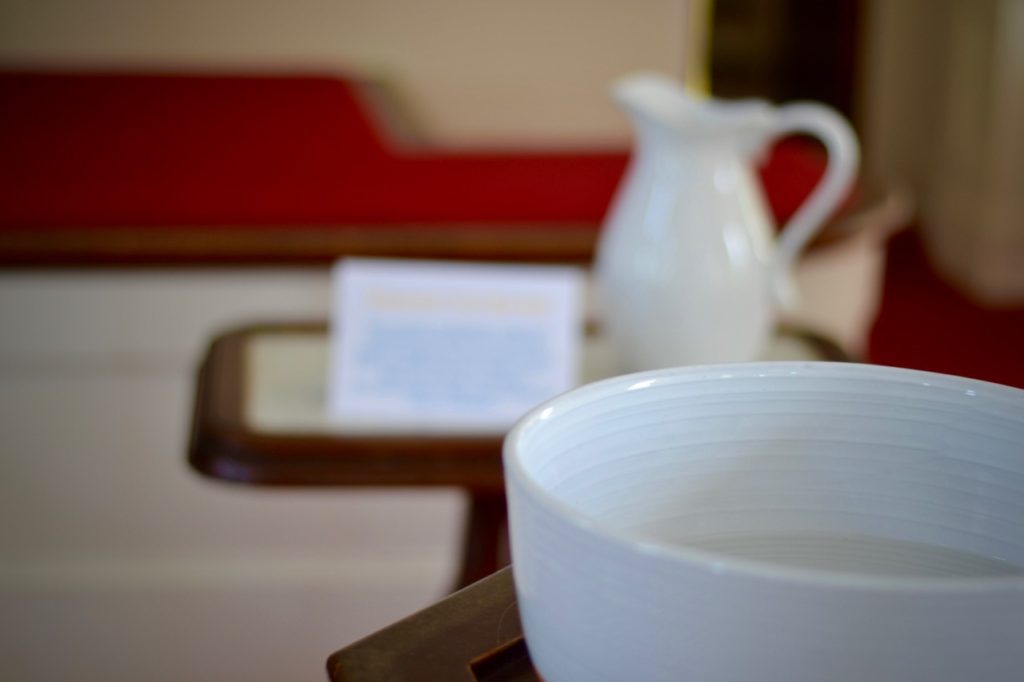 So, so many people in our area are suffering from addiction. There’s been a recent surge in Heroin use that’s been particularly devastating. So we prayed for those affected by addition–that they might be released from the chains that bind them.

This is the station I’m always surprised by. New Englanders aren’t known for being vulnerable–particularly in front of folks–but each time we’ve had a station where folks could pray with me, the line ends up snaking down our center aisle. Each time, I hear about loss, grief, newfound happiness, hope–all of it. And every time, I’m overwhelmed with gratitude that I get paid to walk alongside these people–and that they trust me to hold everything they bear–fear, promise, despair and grace. 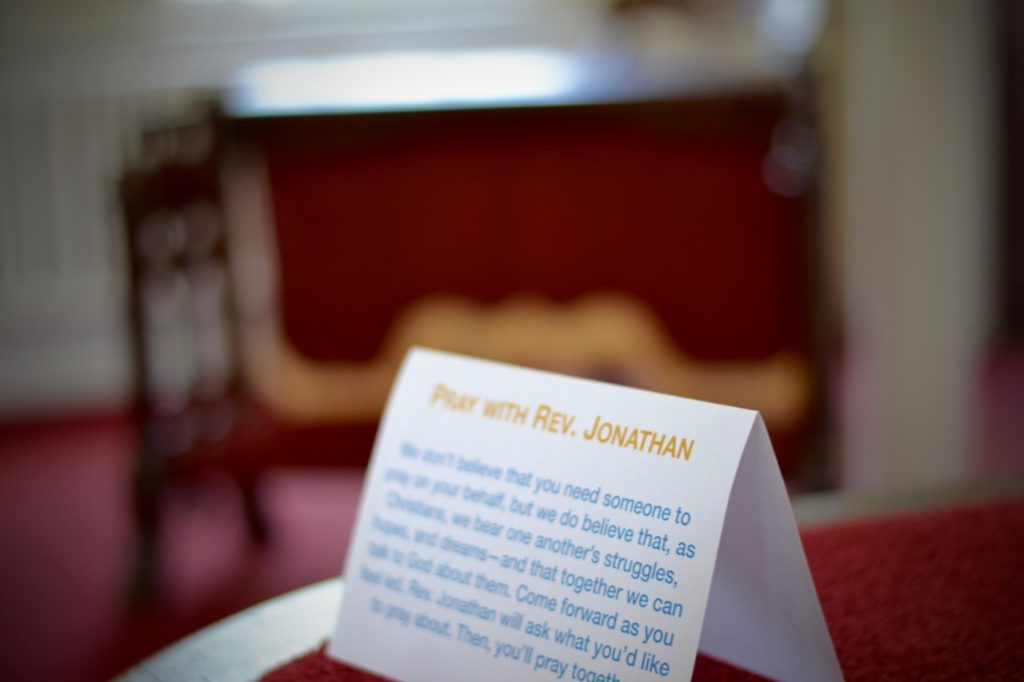 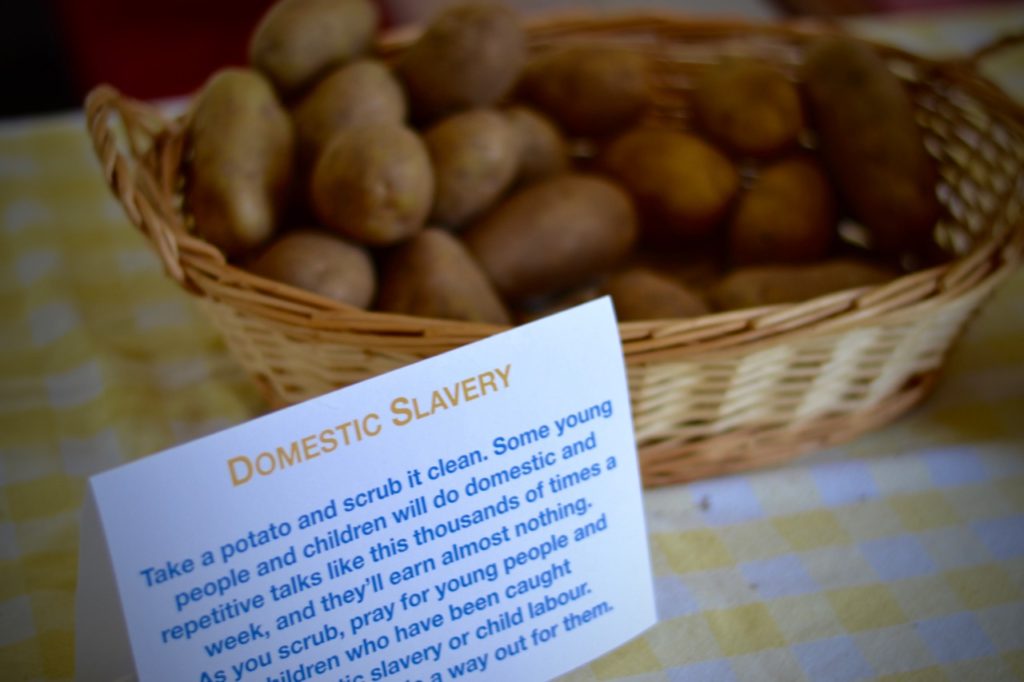 So there they are, the most recent set of prayer stations at Westfield. What should we try next time?